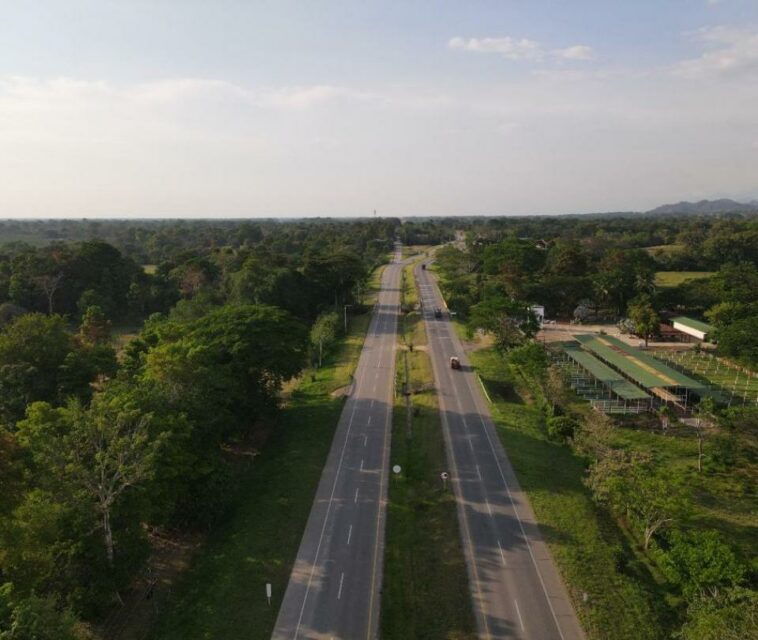 In an interview with Portafolio, the Minister of Transportation, Guillermo Reyes, highlighted the great challenges of the portfolio for these four years of Government, where road, river and air connectivity stands out.

This, through consultation and dialogue.

The Government has decided to prioritize tertiary roads. Do you already have the sections defined and when do the tenders start?

On tertiary roads or the so-called community roads for peace, we have made decisions that are within what the President wants and that is that they be the roads in which not only total peace is built, but also connectivity in rural areas far away where the peasants have no way to get their products.

Basically, until today, everything that was tertiary roads was managed through inter-administrative agreements, in which Invías transferred the money to the territorial entity, be it the Governor’s Office or municipality, and the contracting and works were carried out. So, if 3 kilometers of work were going to be awarded in the municipality of Cota, Invías would transfer what it was worth (for example, $5,000 million) to the municipality and they would contract that rehabilitation.

The scheme changes. This is one based on community participation and the prioritization of projects, in addition to the participation of the engineering battalions, community participation and the prioritization of projects, all under a triangular-style scheme. This means that Invías, which is going to be appropriated and which already has a part in this government period of 8 billion pesos for community roads, defines with the Ministry of Transportation which are the roads to prioritize to reach what The president wants, which is that about 35% to 40% of all those that require construction and rehabilitation of roads, remain intervened in these four years.

This goal is reached through a prioritization process. I eat? We are going to determine in the regions and with the regions where the greatest weaknesses are in terms of roads.

(Read: With toll freezing, citizens would pay for roads they don’t use: CCI).

We are going to prioritize Orinoquía, Amazonas, the Pacific and areas of the center of the country, Santander and some of the Coast, where there has been a lack of State presence and there is great weakness in those roads.

To achieve this, we are going to develop prioritization criteria with Invías, where they will allocate a part of the resources to make investments and paving projects, that is, new and completely passable roads in areas where they have nothing and others to rehabilitate. They are tertiary areas where they are in poor condition, holes are going to be covered and platforms made.

Do you already have prioritized points?

We are in that process. We are going to create a structure where the Community Action Boards (JAC) in each zone of the country, the battalions of military engineers and the Invías work. The latter rotates the resources, monitors and controls how the JACs work with the support and technical advice, either from the battalions or from some MSMEs, that to do the job. Here, what’s up? That the money comes directly to the community and they are in charge of executing and investing the resources; They will have control of Invías and the citizen oversight offices.

(…) We already have three pilot projects underway. The first, with which we inaugurated the process, is in San Luis, in Huila where the eight policemen were killed. As soon as the death occurred, the President arrived and, speaking with the community, they asked that some 33 kilometers of road be rehabilitated. We looked at how many communities and JACs there were in that stretch, and each one was assigned 2 kilometers or three kilometers, depending on their presence and they are given the resources and with strict surveillance.

Those three projects are under construction.

(In addition: Roads and freight, agricultural solutions due to the closure of the Pan-American Highway).

And on primary roads?

The President assured that 4G routes are for the rich. Would this mean that they will stop betting on these initiatives?

The president was decontextualized. What he said is that he was going to fulfill his campaign promise, that he was going to prioritize resources in tertiary roads or community roads and that he does when $8 billion is allocated in four years, something that has not been done in the past. However, this does not mean that highway projects will not continue. At this moment we have 27 4G projects, those projects are between 75% and 80% of execution, which means that this year they will probably be finishing.

In addition, there are 5G projects that are a priority for the president, but it is that 5G is not only highways. There is also the issue of rail, fluvial (or navigability) and airports, so we continue to bet on it, so much so that, on the issue of Cauca, the President said that he was going to put the necessary resources to make the 5G Pasto – Popayán, which is one of the great roads that will connect the center of the country with the south.

Is a project already being structured? When would we see it start?

This project is being structured by the National Infrastructure Agency (ANI). Law 1523 of 2012 is being applied which allows, on the occasion of an emergency, accelerated procedures with everything that is structuring, land purchase, prior consultation and I would think that, what in a normal procedure could take us until the year 2025, with With this procedure, we could almost be starting the project at the end of 2023 and the beginning of 2024. In a first phase with the Timbío-El Estanquillo bypass, 67 kilometers out of the 270 that are Pasto-Popayán.

(Read: Half of housing projects in Nariño, at risk due to road closure).

In 2023 are we talking about structuring, feasibility phase, award or construction?

We could reach adjudication at the end of the year and while the signing and supervision is done, start in 2024.

Will it be by concession or public works?
​
The route will be by public works, because with the traffic demand there is only one way to do it by public works. The ANI structures it and works with Invías. The project is in the second phase at ANI; It is a project from more than 20 years ago.

What other projects are on your radar?

There is another 5G that has always been requested and has not been given importance and it is the route on the Ruta del Sol, between Guaduas and Villeta.

That one is being structured and it is expected that it will be released this semester for contracting, and the other is the first 5 kilometers of the Vía al Llano between Bogotá and Guayabetal. Those 27 kilometers, which are one carriageway, make it two carriageways and there the entire Vía al Llano would be a double carriageway.

(Read: They open the contracting process for works at the Cartagena airport).

And for public works, what will the projects be?

We have the navigability and dredging of the Magdalena River, also in the port of Buenaventura.

What balance is there on the Soat discount?

With a cut-off in the first month, according to data from the insurers, compared to the same period in 2021, motorcycles had taken out 461,384 policies, which was 40.1% of the insurance and vehicles were 393,000 policies, equivalent to 34%. In the same period of 2022 – 2023 we have 873,127 motorcycle policies, which means 53.4% ​​of the total; we doubled the number of policies that were issued. This shows that the fee was an element that generated payment evasion.

However, in Colombia there is a reality and that is that 775 of 1,100 (approximately) municipalities do not have transit authorities that verify that they have their papers up to date, so no one asks for the documentation.

In air infrastructure there are doubts due to delays. What will they do in this sector?

There are several works that are in a critical situation due to corruption, due to lack of supervision and control, which was what was denounced in San Andrés y Providencia. Measures will be taken to continue with the works as soon as possible, when it is known what will be done with the contractors. Here, possibly in this semester, we will have the decision of the APP to build the new airport. We already have the lots ceded by the governor.

And those airports that have had a delay in terms of projects as such, we have Cartagena, which has already approved the recently awarded PPP that is expected to be signed this semester and the works must begin in the middle of the year, so that the new terminal, the international and rehabilitation may be in two or three years.

What has happened to the endorsement of Venezuela to start the commercial air operation?

The president is awaiting the decision of the board on the matter of Satena. His decision is the bet on the great Satena, to fly across the border and he wants this to be the first airline to fly in Venezuela. Let’s hope this happens this month and enable a second airline, either Estelar in the case of Venezuela, like the one that will be defined as the second in Colombia. There are Latam, Avianca, Ultra and Wingo, which are ready to start flying.

However, this will start until there is a decision from the High Government.

Differential rates: Pay tolls according to the state of the road?

Regarding the project of the Ruta del Sol section 2 (Magdalena 1 and 2), there are complaints about the poor condition of the road, is there already a solution? Tolls continue to be collected…

(…) In December, a contract was awarded on this route for the rehabilitation of the entire Ruta del Sol. The works have already begun, they were suspended for the end of the year and due to the return plan. The commitment is that they deliver the road for the March bridge rehabilitated.
We are going to review all the roads that are in poor condition and where tolls are charged, establish differential rates, because tolls cannot be suspended by law, and we are going to establish differential rates, as we hope to do on Ruta del Sol while the road is being repaired. track and delivery (…) In this case we would establish a differential rate, which can be 80%. We are about to define it and as the road is rehabilitated, the full charge would return.

Would it apply to all vehicles? 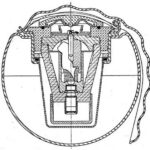 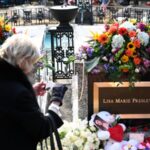