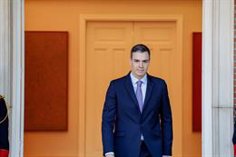 Germany has announced this Sunday its intention to join the H2Med project of which Spain, France and Portugal are already part and which provides for the construction of a hydrogen pipeline that communicates these countries.

Berlin thus commits itself to the “connection and extension of the existing and planned infrastructure, in particular the extension of the H2Med gas pipeline to Germany in close cooperation with the interested partners”, according to the joint Franco-German statement published this Sunday on the occasion of the bilateral summit held in Paris.

“We are going to take the necessary measures to establish a European framework for the transport of hydrogen throughout Europe with the necessary infrastructure at a national and transnational level”, highlights the text published after the meeting between the German chancellor, Olaf Scholz, and the French president , Emmanuel Macron, held in Paris on the occasion of the 60th anniversary of the signing of the Elysée Treaty that laid the foundations of the alliance between the two countries shortly after the Second World War.

Paris and Berlin have also highlighted that they already have a high-level joint working group on energy and a joint working group on hydrogen that will present its conclusions and recommendations on the development of this source of energy at the end of April. The ultimate goal is to “develop large-scale hydrogen production and build a resilient European hydrogen market.”

“We will also ensure that low-carbon and renewable hydrogen can be taken into account in the decarbonisation targets set at the European level by being aware of the existing differences and preserving the general level of ambition of the targets in terms of renewable energy,” highlights the Franco-German joint declaration.

Spain has expressed its satisfaction with the news through the third vice president and minister for the Ecological Transition and the Demographic Challenge, Teresa Ribera. “H2Med’s plans continue! Chancellor Scholz confirms Germany’s interest in joining the project”, she has published in a message on social networks, collected by Europa Press.

According to a statement from the Ministry, a “definitive achievement” is achieved in this way to the necessarily European vocation with which Spain dimensioned this hydroduct since it began to promote it from the beginning of the project, as witnessed by the presence of the president of the European Commission , Ursula Von der Leyen, at the presentation of H2Med at the last Alicante Summit, on December 9, 2022.

Likewise, the incorporation of Germany underlines two commitments expressed by Spain with the implementation of this green energy corridor.

In the first place, to reinforce the energy security and energy autonomy of the EU in a context in which it is “essential” that Europeans show solidarity to reduce energy dependency.

Secondly, H2Med reiterates Europe’s ambition in its climate neutrality and fulfills Spain’s will to “be at the forefront of the race for energy transition, leading the development of renewable energies, also with the vocation of being a benchmark in hydrogen”, in the words of the Prime Minister, Pedro Sánchez.

The letter highlights that the “reinforcement of this pan-European dimension of H2Med places Spain at the forefront of the modernizing transformation and, for the first time in history, in a position to become a leading green energy hub from the Iberian Peninsula to the central and northern Europe.

For the vice president, “the use of renewable hydrogen can provide important solutions, but also innovation, job creation and the industrial value chain in an economy like Spain’s, in southern Europe, where there is much to contribute” to the rest of the EU.

This Sunday’s agreement comes after negotiations between the governments of Spain, Germany, France and Portugal, “favored by their profoundly Europeanist vision and by the intense social and progress political harmony that unites them”, underlines the Ministry.

Already on December 15, when Enagás and other operators from France and Portugal that promote H2Med requested the European Commission that this green hydrogen corridor, key to the objectives of REPowerEU, be considered a Project of Community Interest –financed with up to 50% from European funds –, operators from Germany joined a joint letter sent to the Commission, expressing their firm “support” for the project and their desire to make H2Med the backbone of the supply of renewable hydrogen for the most of Europe.

H2Med will be in operation in 2030 and it is expected to be capable of transporting 2 million tons of green hydrogen per year from Spain, which will represent 10% of the total consumed by the EU. In 2050 it is estimated that 20% of all energy in Europe will be renewable hydrogen. 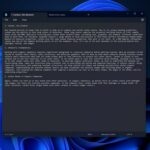 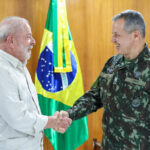