Search and rescue operations for the Yeti Airlines plane that crashed on Sunday in the Nepalese city of Pokhara have resumed on Monday in an effort to find the four people who remain unaccounted for.

After the search was suspended on Sunday night after the recovery of 68 of the 72 members of the aircraft, the Nepalese authorities have begun searching for people on the banks of the Seti river, where some bodies could have been seen, it has reported. ‘Kathman DuPost’.

According to Kaski District Chief Tek Bahadur, security personnel from the Nepal Army, Military Police Force and Nepal Police, as well as locals, are trying to remove the bodies.

Bahadur has reported that the recovered bodies have been taken to the Pokhara Academy of Health Sciences, adding that they will be identified and handed over to their relatives after the autopsy.

“A hearse and an ambulance are ready to deliver the bodies. The bodies of foreigners, the deceased from Kathmandu and unidentified bodies will be sent to Kathmandu,” he detailed, according to the aforementioned newspaper.

Rescue operations have resumed despite the fact that the airline itself, Pemba Sherpa, has maintained that the incident has left no survivors and that previous reports on the existence of critically injured are false, although this information has not been verified from the rescue services. rescue.

The country will observe next Monday a day of mourning for the victims of what is already the worst plane crash in its history.

The plane had left Kathmandu for Pokhara at 10:33 a.m. (local time) and, for reasons already under investigation, crashed during its approach maneuver to Pokhara International Airport, in the Seti River valley.

On board the plane were 68 passengers, two pilots and two flight attendants to complete the 72 members included in the flight manifest, including six minors.

In addition to Nepalis, Indian, Russian, Korean citizens and at least one passenger from Ireland, another from Argentina and another from France were traveling on board, according to airport authorities confirmed to the ANI agency.

Prime Minister Pushpa Kamal Dahal is at the Tribhuwan International Airport coordination center in Kathmandu accompanied by Interior Minister Rabi Lamichhane. There, he has instructed all government agencies to take effective rescue measures. 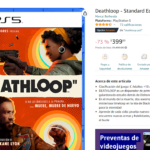