The reform of the criminal code provides for a minimum of 10 years in prison for anyone who insults figures associated with the Prophet Muhammad. A fine of one million rupees is expected. Human rights defenders expressed concern: “We need guarantees against improper use of the law.”

Islamabad () – Parliament strengthened the infamous laws against blasphemy. The regulations, which already contemplate the death penalty for anyone who offends Islam, now also provides for at least 10 years in prison for those who insult the wives, companions and relatives of the Prophet Muhammad.

Human rights activists have expressed serious concern about this amendment to the penal code, which once again lends itself to misuse. In fact, false accusations of blasphemy have long been used as revenge or settling scores.

The National Assembly approved the reform last week: it modified article 298 of the penal code, which provided for a maximum of seven years in prison for those who insult the sacred figures. In addition to having increased the sentence, which ranges from a minimum of 10 years to life imprisonment, it now also provides for the payment of one million rupees (about $4,500).

Human rights defenders pointed out that the characters referred to in these laws are examples of tolerance and forgiveness and that such severe penalties contradict the teachings they promote.

In an interview with Joseph Jansen, president of the organization Voice for Justice, said that the passage of the amendment “will expand the scope of application of the laws against blasphemy, when in fact it would be necessary to introduce guarantees against their misuse.”

“Blasphemy laws enabled and encouraged discrimination and legal persecution in the name of religion,” Jansen added. “And they go against international human rights standards because they are applied without investigating whether or not the accused committed an act of blasphemy intentionally.”

According to activist Ashiknaz Khokhar, there is a lot of evidence showing that “the stricter the law, the harsher the punishment, and the more violent society becomes,” he said. “With each new amendment to the blasphemy laws, we move further and further away from a possible change of course.”

On the other hand, lawyer Rana Abdul Hameed explained that the blasphemy accusations did not spare the digital realm. “They have become a new norm in Pakistan, where complaints are filed even for liking, commenting or forwarding content on social media, as per the E-Crime Prevention Act 2016, which led to a further increase in prosecution. of religious minorities.

On the contrary, stressed the human rights activist, Ilyas Samuel, who present complaints “with perverse motives, which harm public order, peace and social cohesion, are not prosecuted and enjoy impunity despite being involved in acts of discrimination, intolerance, hatred and violence against religious communities. Instead, he continued, innocent people who react to social media posts are arrested and sentenced to death.” 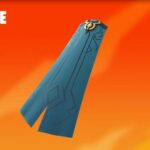