The NGO Human Rights Watch (HRW) has denounced on Monday the “severe restrictions” imposed by Israel against foreigners who want to enter or reside in the West Bank, a new policy that came into force in October and is aimed at turning the area into “another Loop”.

“By making it difficult for people to spend time in the West Bank, Israel is taking another step towards turning the West Bank into another Gaza, where two million Palestinians have lived in virtual isolation from the outside world for more than 15 years,” the deputy director for the Middle East denounced. from HRW, Eric Goldstein.

In this sense, he has said that the new Israeli policy, which came into force last October, “is designed to weaken the social, cultural and intellectual ties that the Palestinians have tried to maintain with the outside world.”

The guidelines, drawn up by COGAT, the Israeli Defense Ministry body responsible for Palestinian civil affairs, include academics, students, volunteers and other figures who, to enter the West Bank, are required to apply to Israel at an Israeli embassy in the abroad, or through the Palestinian Authority, a special purpose permit.

Aliens eligible for a West Bank visitors permit upon arrival may be the spouse, child, or first-degree relative of a Palestinian in the West Bank, a businessman or investor, a journalist accredited by the Israeli authorities, or those presenting “exceptional circumstances.” as humanitarian workers.

HRW clarifies, however, that these regulations do not apply to foreigners seeking to visit Israeli-occupied East Jerusalem or Israeli settlements in the West Bank, which are illegal under International Humanitarian Law. Instead, they must obtain an Israeli entry visa to enter these areas.

The NGO has interviewed 13 people who have cited “significant bureaucratic obstacles” to legally remain in the West Bank, thus making it difficult for foreigners to teach, study, volunteer or live in the West Bank.

HRW recounts the case of an American businesswoman, whose name has not been released for security reasons, married to a Palestinian who had been living in the West Bank for more than a decade and who had to abandon their young children and stay abroad for several weeks after his visa was denied.

“An army of occupation does not have to determine which professors are qualified to teach in Palestinian universities, prevent human rights defenders from interacting with the occupied population, or cruelly separate families,” Goldstein said.

For all these reasons, he has asked the United States and the different countries of Europe to put pressure on the Israeli authorities with the aim of making it “easier” to build “significant connections” with the communities that live in the West Bank. 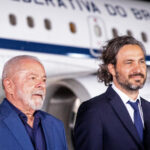