Rebel militias opposed to the Burmese military dictatorship have reported the death of an Army commander, Than Htut, whom they accuse of belonging to an interrogation unit and of being responsible for numerous tortures.

That would be in command of the Auxiliary Military Force for Security Affairs and would have died in an action by the militias in which a sergeant from this same unit of the Burmese secret services identified as Myint Aung also died.

Militants from the Taungoo District Popular Defense Force assaulted the military on Sunday on the highway between Rangoon and Mandalay, when they were traveling in a van, according to the Irrawaddy news portal.

“The military defended themselves with weapons from inside the van. The two died and two others who were traveling with them also died,” the armed group explained.

Than Htut was in charge of the Pyay Road interrogation center on the outskirts of Rangoon. “He and Sergeant Myint Aung investigated and arrested members of the underground resistance posing as arms smugglers,” the armed group explained.

Burma has been mired in a civil war since the coup d’état perpetrated by the military on February 1, 2021. Since then, nearly 2,750 people have died at the hands of repression by the military authorities and nearly 17,400 have been detained, according to figures from the Association of Assistance for Political Prisoners of Burma (AAPP). 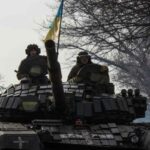 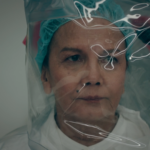