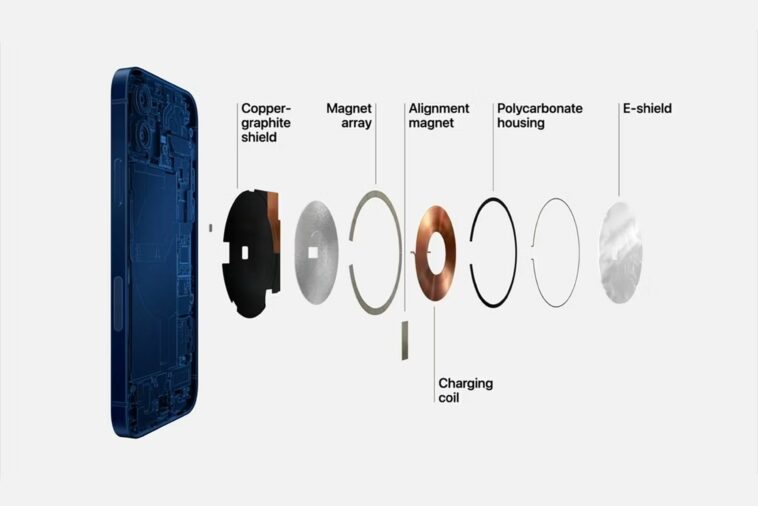 As we have told you in the preamble, this new Qi2 wireless charging standard owes a lot to Apple, since the Wireless Power Consotium (WPC) worked very closely with those of Cupertino for the MagSafe technology that incorporate the iPhone from 2020.

Apple’s MagSafe system is a system called “magnetic power profiling” with which there are many possibilities to incorporate an entire ecosystem of accessories that connect to the phone.

The new Qi2 standard intends not only to take advantage of all this power that is already operational in Apple, but also to go further.

We are going to review in this article everything this new Qi2 technology is and when we can enjoy it.

The Qi2 standard is a magnetic system that represents an update of the current Qi. The magnet rings are not only present to charge the smartphone, but they will also serve to position the phone in the most ideal way in the charger, which will provide a safer filling system.

Let’s see how he is wireless charging systemwhich is explained quite simply, to better understand what this new evolution means.

On each wireless charger, there is a coil of copper wire. When connected, electrical current passing through this coil generates a magnetic field. Phones that support wireless charging also include a coil under their shells plastic or glass backs.

This means that when we place the device on a charging platform, the above magnetic field induces an electric current on the phone coil.

The problem is that charging becomes less effective the more distance between the coilsas well as being highly dependent on the horizontal situation of charger and phone, causing that, if they are not aligned, the loading speeds decrease considerably.

This problem that may exist in current wireless chargers is solved with the magnets that will incorporate Qi2 technologysince they cause everything to be aligned and in its perfect situation.

At present it is not yet known exactly how the exact distribution of Qi2 will be, but surely it will be very similar to which the system has Apple MagSafefrom which it inherits its essence.

Another plus point is that the energy lost during wireless charging was usually converted to heat, something that will happen much less, which will make the Qi2 system much less destructive to battery health long-term.

Besides all this, the expected avalanche of new accessories For the terminals that carry this standard, it will give users a choice, not only those that are dedicated to charging phones, but others such as tripods, wallets or similar things that will use magnets to be operational.

Differences between Qi and Qi2

Not only in what he is magnetic profile This is where the two wireless charging standards will differ, but Qi2 will be a step forward in more areas.

According to WPC, the fact that the coupling is more perfect will allow a higher loading speedalthough they will start with 15 W to go up in speed as the standard is placed on the market.

The addition of true fast wireless charging is expected to arrive by mid-2024, but not only on smartphones, but also on smartwatches and tablets.

In addition to all this, it is intended that the Qi2 be stricter with any manufacturer that wants to use it, so they will have to undergo a tougher certification process and only verified products will bear the logo of the standard. This will favor not encountering so many counterfeit or unsafe products.

To provide even more security, the devices will incorporate a system by which they will refusing to draw power from non-compliant chargers and that do not follow the Qi2 handshake procedures.

The full development of the Qi2 standard has not yet been completed, but it is expected to be fully operational in 2023. They also intend to already have compatible devices more or less for the christmas 2023.

It will be backwards compatible, meaning a Qi2 device will be able to charge on a Qi charger and vice versa, but you will need to place the device in the correct position and it may charge at a slower speed.

The vast majority of smart phone, watch or tablet brands are members of the WPC, so by the time this standard is ready, its implementation will be fast, which means that we should already have, if the dates are met, many devices and accessories for the beginning of 2024.

This means that this 2023, all those Android users will continue to have the first generation Qi, waiting for a tremendous flood of devices with the new standard to take place in 2024. 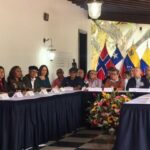