For the first time since the war began in Ukraine, the Ukrainian government structure will face a major shake-up. The resignations and dismissals of senior officials that were announced this Tuesday, January 24, respond to investigations for alleged embezzlement. The reorganization seeks to strengthen the transparency of the Zelenski government and comes just as the shipment of Leopard 2 tanks to Ukrainian territory is being debated.

A sensitive and unprecedented reorganization at the heart of the Ukrainian government. The Administration led by President Volodímir Zelenski announced on Tuesday, January 24, the dismissal of a series of senior officials pursuing the objective of fighting corruption. A determination that is unprecedented since the Russian invasion of Ukraine began.

Several of the governors of the provinces most affected during the war were among those dismissed. kyiv, Kherson, Zaporizhia, Sumy and Dnipropetrovsk will change leaders.

Zelensky’s own team underwent multiple modifications. A deputy defense minister, a deputy prosecutor, the deputy head of the presidential office and two deputy ministers in charge of regional development left their posts.

“There are already personnel decisions, some today, some tomorrow, regarding officials at various levels in the ministries and other structures of the central government, as well as in the regions and in law enforcement,” Zelensky said in a video. Posted Monday night.

The changes within the high positions respond to a search by Zelenski to reform a structure that has been cataloged as corrupt on multiple occasions. And a necessary state to reinforce the credibility of his team in order to receive loans from the European Union and other Western powers.

What led to the government reorganization in Ukraine?

There are multiple corruption investigations for alleged embezzlement of funds among senior officials that have been opened in recent months. In fact, the reshuffle came two days after a deputy infrastructure minister was arrested. The official had been accused of participating in the diversion of $400,000 in contracts to buy electric generators.

One of the most striking cases is that of the deputy head of the Ukrainian presidential office, Kyrylo Tymoshenko, who resigned before the multiple dismissals.

Tymoshenko had been instrumental in Zelensky’s rise to power. He played a key role in the current president’s media and creative content strategy during his presidential campaign. One that, in fact, was based on an “anti-system” and “anti-corruption” project.

The presidential deputy chief had been investigated last year for the personal use of luxury cars and in September the investigations into the embezzlement of seven million dollars destined for humanitarian aid had also splashed him. All the accusations had been denied by Tymoshenko.

For his part, according to the Ministry of Defense, Vyacheslav Shapovalov, vice minister of said portfolio, resigned due to what he classified as “false accusations of corruption” replicated by the media. One of the most publicized was the claim that Shapovalov had overpaid for food for the Armed Forces of Ukraine.

As AP points out, “the anti-corruption campaign is vital if Ukraine is to advance its application to join the European Union” and receive larger donations.

To be part of the block, countries must meet a series of conditions, both political and economic. In addition, the dismissals come at a time when Ukraine is still in suspense about a possible arrival of the Leopard 2 tanks, a shipment that remains blocked pending approval by Germany.

The debates on the export of the tanks continue. This time they occurred in a meeting between Boris Pistorius, the new German Defense Minister, and Jens Stoltenberg, NATO Secretary General.

Although the meeting did not lead to a final determination, Pistorius gave some statements that could give clues about German intentions on weapons.

“I have expressly encouraged partner countries that have deployment-ready Leopard tanks to train Ukrainian forces on these tanks,” he said.

However, Pistorius was emphatic that the only person who can make the decision is Chancellor Olaf Scholz.

For his part, Jens Stoltenberg stated that Ukraine is experiencing a crucial moment in the war. “We must provide heavier and more advanced systems to Ukraine, and we must do it faster,” he said.

On the tanks, he was optimistic and reported that he discussed the issue with the German Defense Minister. “The consultations between the allies will continue and I am confident that we will soon have a solution,” Stoltenberg detailed.

The official request of Poland that puts pressure on Germany

Poland officially requested Berlin’s permission to export its Leopard tanks to Ukraine, as required by military regulations on such weapons.

“I hope this response from Germany will come quickly, because the Germans are delaying, evading, acting in a way that is difficult to understand,” Polish Prime Minister Mateusz Morawiecki told a news conference.

“We can see that they don’t want to help Ukraine defend itself in a broader way,” he added.

The explicit request puts further pressure on the German chancellor to give the go-ahead for the delivery of Leopard tanks to Ukraine.

During the last months, kyiv has increased its demands for such tanks. Some that, according to the Ukrainian authorities, are necessary to break the Russian defensive lines and recover the territories occupied by Moscow.

The Leopards have been evaluated as one of the best options due to their ease of implementation and use, at the same time that a large number of them are deployed in different parts of Europe.

With AP, Reuters and EFE 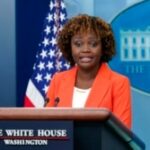