() — A large crowd made up of family, friends and members of the public gathered this Sunday in front of the famous Graceland estate in Memphis, Tennessee, for the funeral of Lisa Marie Presley, the only daughter of the late singer Elvis Presley.

Priscilla Presley, the mother of Lisa Marie Presley, briefly and quietly read a poem by one of her granddaughters.

Priscilla Presley reads a poem written by her granddaughter during her daughter Lisa Marie Presley’s funeral at Graceland on Sunday. (John Amis/AP)

“She knew it was near the end. Survivor’s guilt, some would say, but a broken heart is the cause of his death. She is now home, where she always belonged, but my heart misses her love,” Priscilla Presley said on behalf of her granddaughter.

“Our hearts are broken,” Priscilla said. “Lisa, we all love you.”

Lisa Marie Presley was also the mother of Benjamin Keough, who committed suicide in 2020.

Lisa Marie Presley was last seen publicly the week of her death at the Golden Globe Awards, which she attended with her mother to support the Baz Luhrmann film “Elvis” about her late father.

There were also musical performances including Axl Rose, Alanis Morissette, Billy Corgan and Jason Clark and The Tennessee Mass Choir.

Schilling, who was Elvis’ assistant and producer and Lisa Marie’s manager, recounted stories of him and “a girl named Memphis,” which is what Schilling called her.

In 1967, Schilling said that he spent Christmas and New Years at Graceland and that Elvis himself asked him to stay until the birth of Lisa Marie in February 1968.

Schilling said that Lisa Marie had asked her to accompany her on the red carpet at the Golden Globe Awards.

“The last thing he said to me was, ‘Jerry Schilling, I love you,’” Schilling said.

Ben Smith-Petersen, Riley Keough’s husband, shared a letter on her behalf during her funeral.

Mourners visit the grave of Lisa Marie Presley during her funeral on January 22, 2023 in Memphis, Tennessee. (Jason Kempin/Getty Images)

In the letter, Keough said she was sure she had chosen the best mother in the world.

Lisa Marie Presley will be buried on the Graceland property, next to Benjamin. 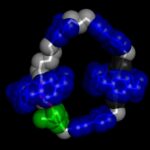