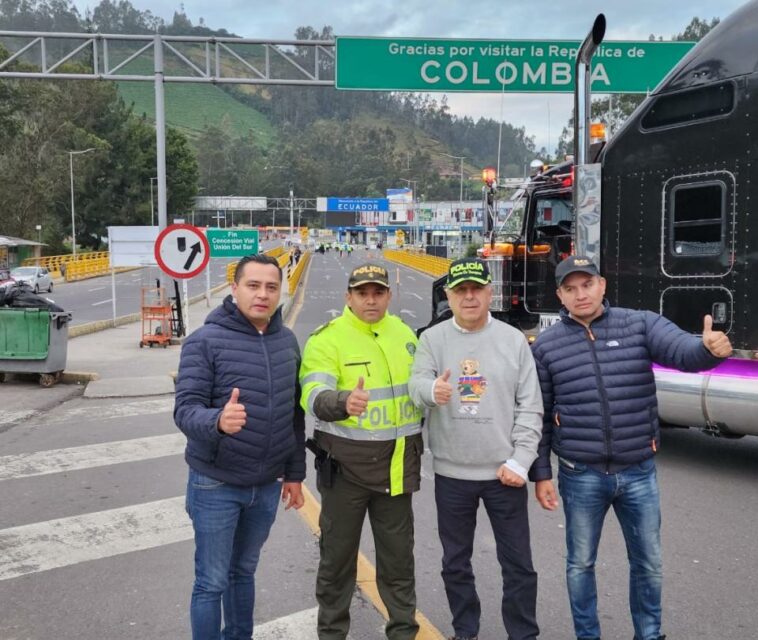 Starting in the morning of Sunday, January 22, the pcase of 50 unloaded tractor-trailers that were dammed in Ipiales, Nariñoas announced by the Colombian Association of Truckers, ACC.

(Read: Guilds ask to declare an Economic and Social Emergency in Nariño).

The idea is to get to move to Ecuador 800 tractor-trailers in the coming days and this Sunday, at noon, continue with another 50 cargo vehicles. The tour will be accompanied by the Ecuadorian police and the trucks will re-enter Colombia from another point to be able to connect with the center of the country.

“50 vehicles will pass from Colombia to Ecuador and will be guarded by the Ecuadorian police until the San Miguel sector in the neighboring country“said one of the Ecuadorian authorities.

In the process was present the Transport Minister Guillermo Reyes, who thanked the management from both countries. He also said: “The Government is with you and comes to provide solutions. It comes to tell Cauca and Nariño that we are going to overcome this crisis with all sectors, all ministers and the entire country.”

(Read: Roads and freight, agricultural solutions due to the closure of the Pan-American Highway).

This Sunday, January 22, more measures will be reviewed to attend to the emergency that has been going on in Nariño for two weeks after a landslide that closed the Pan-American highway and disconnected the department with the center of the country.