The videogame NBA All-World has presented a new way of experiencing basketball from your mobile phone, which allows you to compete against current NBA players and sign them to form a team with which to compete on local courts.

This officially licensed game designed for Android and iOS allows users to “find, challenge and compete against current NBA players in their own neighborhoods, and then sign them for his team before proving his worth on the field”, as explained from Niantic in a press release.

Like other titles from the developer, NBA All-World encourages exploration, moving through the real world to discover players, but also Find kits, power-ups, challenges and other content.

It allows you to build your own team with the stars of the NBA, empower players with offensive and defensive plays and improve their physical condition. also compete in Ranking challenges on over 100,000 basketball courts of the real world with Rule the Court.

NBA All-World is built on Niantic’s Lightship platform, and is compatible with the campfire social appalso from Niantic, which facilitates the connection with the video game community. 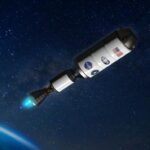