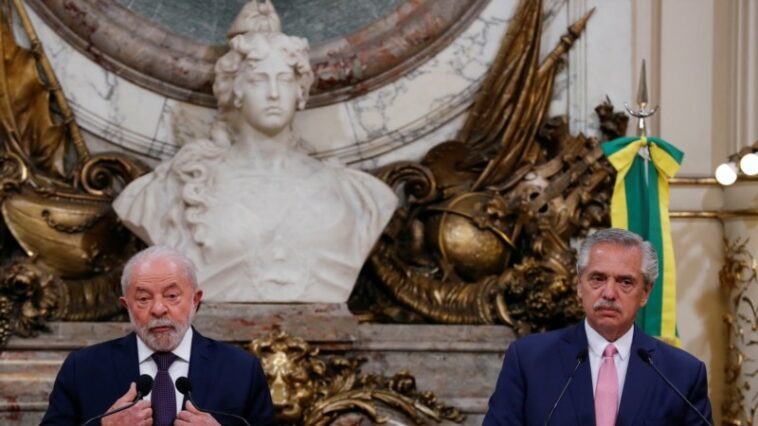 Brazil and Argentina are in initial talks to establish a common currency for bilateral trade to reduce dependence on the US dollar, Brazilian President Luiz Inácio Lula da Silva said on Monday, although the move is not intended to replace existing currencies.

In Buenos Aires, on his first international visit since assuming the presidency, Lula made remarks alongside his Argentine counterpart, Alberto Fernández, a center-left ally, who said no major decisions had yet been made on the implications of such a proposal. type.

The discussions arose as part of an agreement to boost bilateral trade with more Brazilian financing for exports, backed by an Argentine international guarantee, a Brazilian government source said on Monday.

The leaders of both countries are meeting in the Argentine capital, where Brazil’s Finance Minister Fernando Haddad and other officials downplayed the possibility of establishing a full currency unit.

Haddad told reporters that early discussions focused on how to help Argentina buy Brazilian exports without affecting its meager dollar reserves, rather than launching a common currency widely circulated in both countries.

“Trade is very bad and the problem is precisely the foreign currency, right? So we are trying to find a solution, something in common that can make trade grow,” Haddad told the media upon his arrival in Buenos Aires before of Lula’s first international trip since his inauguration on January 1.

Haddad said a “common trading unit” could be developed, but dismissed the idea of ​​a unified currency.

Under the agreement, Brazilian banks would provide credit to Argentine importers, backed by a Brazilian government fund to guarantee the loans. Argentina, in exchange, would provide guarantees to guarantee Brazil’s commercial financing with international liquidity, a source said.

“They could be Chinese titles, they could be contracts for the purchase of gas, wheat. Something with international liquidity that guarantees that, in the event of non-payment by the Argentine importer, Brazil can access to compensate for this non-payment,” he added.

For the moment, operations will be carried out in reais, the source said.

The governments of both countries are also seeking to create a working group to study proposals such as a new account for regional trade, backed by international reserves under a common name, he added.

That proposed account would not include a new currency.

The Financial Times reported on Sunday, citing Argentine Economy Minister Sergio Massa, that neighboring countries would announce this week that they were working on a new currency.

Argentina’s economy is suffering a crisis, with a lack of dollars, the fall in dollar reserves and inflation close to 100% in 2022. 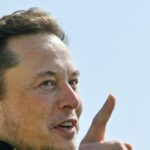