The lifeless body of Cameroonian journalist Martinez Zogo was found this Sunday near the capital, Yaoundé, less than a week after he was kidnapped on Tuesday by a group of unidentified men.

Zogo, head of the private radio station Amplitude FM, was kidnapped near his home in the Cameroonian capital, the Committee for the Protection of Journalists (CPP) reported at the time.

The reporter had recently commented on an alleged embezzlement of funds in public sector acquisitions that benefited a prominent businessman.

Zogo’s body was found in the Soa commune, in the vicinity of the capital, in a state of decomposition, as confirmed by a colleague of the reporter, Paul Chouta, to the Mimimefo Infos portal.

The first reaction from the government has come from a person in charge of the Ministry of Justice, Jean De Dieu Momo, who has called for an immediate investigation into the murder of the journalist.

“No journalist or nobody deserves to be killed for speaking. Everything must come to light,” he has made known on his Facebook account. 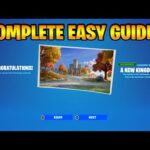