The two chambers of the Moroccan Parliament have been summoned to a plenary session this Monday in response to the motion approved last Thursday by the European Parliament that criticizes the situation of press freedom in the country and the bribery scheme to gain influence in Brussels.

“The two chambers of Parliament will hold a joint plenary session next Monday dedicated to debating the recent positions expressed by the European Parliament towards Morocco,” the note explains.

The European Parliament approved last Thursday by 356 votes in favor, 32 against and 42 abstentions a resolution that calls for respect for freedom of expression and the media, denounces the use of the espionage program ‘Pegasus’ and claims also “a fair trial” for jailed journalists Omar Radi, Sulaiman Raisuni and Taufik Buachrine.

The Moroccan National Press Council has condemned the resolution that “serves the hegemony’s agenda and a dead past” in reference to the European colonial past in Africa and has stressed that “the three journalists were sentenced for crimes unrelated to the practice of the profession” included in the Penal Code. It supposes a “political interference in the name of freedom of the press or Human Rights”.

The decision of the European Parliament “reveals prejudices against Morocco” and “considers that all judicial decisions are corrupt and unfair, constantly relying on reports from foreign organizations”, in reference to the repeated complaints by organizations such as Amnesty International or Reporters Without Borders.

The Council “expresses its deep astonishment at the methodology of the response to the cases of journalists prosecuted in Moroccan courts” because “it assumes a unilateral and prejudiced point of view promoted by foreign organizations whose credibility is questioned even by European countries”.

The Moroccan Magistrates Club has also condemned “foreign intrusion into the decisions of the national judicial system” and has categorically condemned “all attempts to influence the Moroccan judiciary, both internal and external.”

Moroccan official sources cited by the Hespress AR portal have highlighted in statements on condition of anonymity that “Morocco, like all countries, has always defended its interests in the context of its relations with its foreign partners.”

“Morocco’s achievements are what worry certain parties and provoke inappropriate and incomprehensible reactions and maneuvers,” he argued.

The purpose of the resolution is “to slow down the positive dynamics that have been seen in the Morocco-EU relationship”. “It is not the first time that the Kingdom has been the object of attacks to weaken and discredit the Government within the European Parliament,” she recalled. 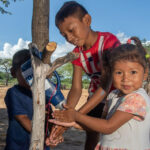