The United Nations High Commissioner for Human Rights, Volker Turk, has requested this Monday the release of the 50 women who were kidnapped between Thursday, January 12, and Friday, January 13, in the Burkinabe department of Arbinda, in the north of the country. country, at the hands of suspected terrorists.

“I am alarmed that dozens of women looking for food for their families were abducted in broad daylight, in what may be the first such attack deliberately targeting women in Burkina Faso,” he said in a statement.

In this sense, it has called on the authorities to carry out an “effective, impartial and independent” investigation with the aim of identifying those responsible and bringing justice to the victims and their families.

According to local media, 41 women were kidnapped on Thursday morning when they went to the bush in search of leaves and edible fruits. A day later, a second group of fifteen women –and who were not informed of the incident the day before– suffered the same fate under the same circumstances.

At least five women managed to escape from the hands of the suspected terrorists, three from the first group and two from the second. The Burkina Faso Army has launched a search to find their whereabouts, although so far they have not found the place where the hostages are.

The department of Arbinda, in the province of Soum, has been under a terrorist blockade for several weeks, with repeated clashes between the forces of the Burkina Faso government and said armed groups. 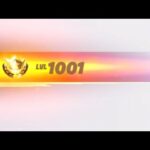