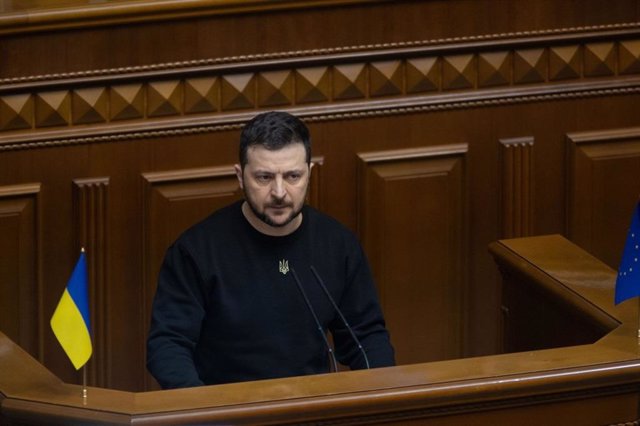 The President of Ukraine, Volodimir Zelensky, has approved the imposition of sanctions against ten representatives of the Orthodox Church and a former parliamentarian, some punitive measures that include the freezing of assets and that are part of kyiv’s actions in response to the Russian invasion.

The Ukrainian Presidency has published a decree on its website in which it accepts the decision of the National Security and Defense Council and highlights that “the application of the decree remains in the hands” of the secretary of the body. “This decree enters into force from the day of its publication”, he has settled it.

Among those sanctioned are the vicar of the Cathedral of the Holy Dormition in kyiv, the metropolitan of Visgorod and Chernobyl, four bishops and the archbishop of Rovenkiv and Sverdlovsk. Also on the list is former parliamentarian Vadim Novinski, according to the Ukrainian news agency UNIAN.

The decree has been published a day after Zelensky announced sanctions against 22 Russian clerics for allegedly supporting the war. “Sanctions have been imposed against 22 Russian citizens who, under the pretext of spirituality, support terror and genocidal politics,” Zelensky said.

Ukraine, which has been carrying out searches in religious organizations for several weeks, assures that all these measures are being carried out to guarantee national security and because the Orthodox Church spreads Russian propaganda and promotes recruitment, among other “subversive” actions.