Today Xbox offered a lot of information about the games that it has in development and that it will release soon. Despite this, the company has more to share and for this it will use other events throughout the year and today it has just confirmed one more and perhaps the most important of all.

Weeks ago, Xbox had anticipated that it would carry out the Developer Direct to present various news, but that it would not be part of this presentation. Starfield, ambitious game to which he would best dedicate an individual event to talk about it at length. Despite this warning, there were many disappointed fans, but Xbox has just reiterated its promise through an official statement.

Xbox will return to Los Angeles with its biggest event

The announcement that attracted the most attention was the confirmation of the event that Xbox will organize in Los Angeles in the middle of the year. However, there was no explicit mention of E3 2023, which will finally return this year after a 4-year suspension due to the coronavirus (COVID-19).

“In addition, our teams are hard at work and look forward to sharing even more of what’s to come for our fans when we return to Los Angeles for our annual showcase this summer,” Xbox said.

Xbox traditionally holds its biggest annual presentation in Los Angeles, California, United States. The location is usually the Microsoft Theater, where the press gathers to attend the press conference, which is complemented by the experience at the Los Angeles Convention Center offered by E3 2023.

In case you missed it: .

Although there was no face-to-face edition of E3 2022, Xbox did go to Los Angeles, with the Xbox Games Showcase Extended 2022, which took place in 2022 in person in some cities in the Xbox Fan Fest format. One of these cities was of course Los Angeles, where dozens of fans gathered to check out more of the games that were on the way. On the other hand, we remind you that the edition before the Xbox pandemic held its conference and exhibition center for its part, outside the Los Angeles Convention Center.

So far, all we know is that E3 is coming back, and that it will take place from June 13-16. Summer Game Fest, their competition, will start almost 1 week earlier, on June 8th. None of these events have confirmed which companies will participate in them. That said, it’s not ruled out that Xbox will join one of them, both, or just do their own event.

It is important to mention that Xbox delayed Starfield for 2023, but confirmed that it would be ready in the first half of the year, so it should already be available by the time the event takes place in Los Angeles or is as close to its premiere if Xbox keeps its promise.

What did you think of today’s Xbox event? Are you looking forward to their next event? Tell us in the comments.

You can find more Xbox related news by visiting this page. 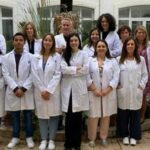