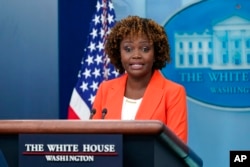 The White House fended off mounting criticism Monday after an FBI search Friday of President Joe Biden’s personal residence turned up yet more classified documents, saying the administration is cooperating with authorities.

On Monday, White House spokesman Ian Sams stressed that the FBI search of Biden’s home in Wilmington, Delaware, was a “voluntary and proactive offer by the president’s personal attorneys.”

The new discovery adds to an ongoing Justice Department investigation into Biden’s handling of sensitive material, and has drawn growing criticism, including from Biden’s Democratic party. Sens. Dick Durbin and Joe Manchin lashed out at the president over the weekend. Durbin said Biden should be “ashamed” and Manchin called the president “irresponsible.”

Biden’s lawyers say they first found classified documents in early November, in a D.C. office he used after leaving the vice presidency. They have not said why they did not openly announce that discovery, informing the relevant authorities but not the public. They then found more documents in December and January at Biden’s home in Wilmington. The FBI’s Friday search of that same home, which took 13 hours, yielded even more results, White House counsel Richard Sauber said in a statement released Saturday. He said those documents were immediately turned over to the Justice Department.

Throughout, the White House has tried to draw a distinction between Biden’s handling of documents and that of his predecessor Donald Trump, who was uncooperative with requests for the materials he took when he left office.

“Underscores the seriousness with which this issue is being taken which I would proactively and voluntarily disclose to the [Departamento de Justicia] these findings as soon as they occur and that he would take the step of giving the Justice Department access to the home to conduct a thorough search of the premises,” Sams told reporters.

Sams refused, for the second week in a row, to answer specific questions: Exactly how many documents were found? Will there be more searches for other properties Biden has used? Who pays the president’s lawyers? What is in the documents and does the president know what their content is?

“When you found out that the FBI located even more classified materials in Wilmington, what four-letter word did you use?” asked a reporter for the right-leaning FOX news network.

Jean-Pierre responded to that with a laugh. But on other, more serious questions, he referred reporters to White House counsel and Justice Department officials. Yet another question that he did not answer, during two consecutive briefings, is whether he is still capable of directing White House communications on the matter. Critics have accused the administration of not being transparent and journalists have called for White House lawyers to appear before them in public to answer questions.

Sams, who represents the White House counsel’s office, told reporters in an invite-only conference call that the administration wants to allow the investigation to proceed without any appearance of interference.

“Throughout this process, we have tried to provide you with public information as appropriate, consistent with that ongoing investigation, to respect the integrity of that investigation, because again, the president has been very clear since the campaign. ,” he said. “He sees the Department of Justice as independent. It’s very important to keep them independent, so as not to influence their decision-making.”

And he took aim at the relentless demands for information from the media.

“I know for many of you who have been covering this for the last few years especially, that may be a foreign concept,” he said. “But I think the American people see it for what it is, which is the president respecting the appropriate entity that is doing an investigation and making sure that they have the independence they need to conduct that investigation.”

A new poll, conducted over the weekend, found that 77% of Americans believe that Donald Trump acted inappropriately in his handling of classified documents; 64% believe the same of Biden. But when asked which case was more serious, the largest group of people surveyed (43%) said Trump’s actions were a bigger concern.

Trump appears to be using the Biden saga to downplay the severity of his actions, posting on his social media account over the weekend: “They created this mess of Documents themselves by being so totally CRAZY about me, ¡¡¡¡ and I did NOTHING WRONG!!!”

An FBI search of Trump’s Florida home last year turned up about 300 documents of various levels of classification. That investigation is ongoing. 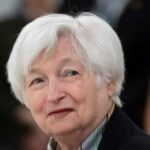