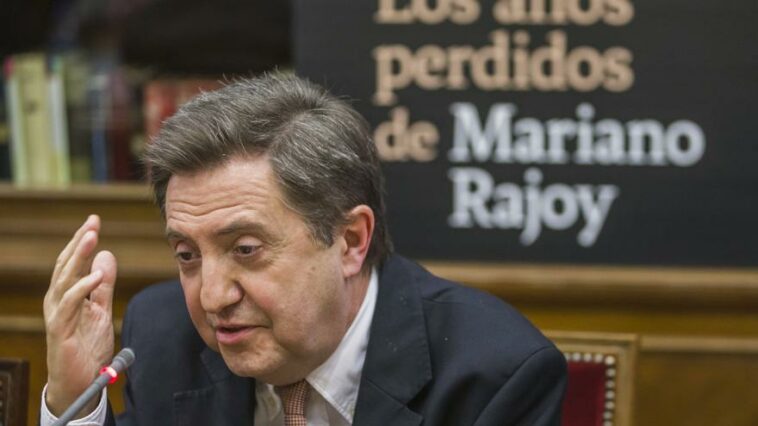 In ‘Alien Resurrection’ some mad scientists raise the famous creatures in a spaceship with a view to using them as biological weapons. They do not have the intelligence of the bugs that devise an unbeatable way to escape from the area where they are confined. Two of them pounce on a third to tear it to pieces and that its blood, as corrosive as the worst acid, ends up opening a hole through which to flee.

In the last week, the smell of blood has driven a part of the media right wing crazy, precisely when they should have joined forces to promote this Saturday’s demonstration by conservative groups against the Sánchez government. They have ended up devouring each other.

The custom of shooting at everything that moves came to a head with the controversy caused by Vox in Castilla y León with the intention of putting pressure on women so that they do not exercise their right to abortion. The PP is not at all interested in this matter, as was made clear when Rajoy vetoed Ruiz Gallardón’s attempt to restrict abortions as much as possible. There is no single position in the party. Mañueco’s incompetence, which took four days to deny Vox’s plans, was a gift to the Government that it knew how to take advantage of.

Two of the main media figures of the right reacted with perplexity before the strategy of a party that they respect as long as it accepts that its role is to contribute to the defeat of the left in the next elections. They give him a court but not to the point of jeopardizing the goal they have designed for him. For the same reason, they do not understand that he is not limited to being the butler of the Government of Isabel Díaz Ayuso in Madrid as many times as necessary.

The one who showed the most aggressiveness was Federico Jiménez Losantos, an artist of insults on his radio program in which information is just the hook with which to spin a whole series of invectives against his enemies. He’s a bit of the Captain Haddock of the radio. He doesn’t need a hyphen to throw offensive epithets at him. They gush out of his mouth.

Juan García Gallardo, vice president of Vox in Castilla y León, is “a young fool who has done nothing in his bloody life.” “A crust.” “With a fatuity. With a pimp But what has been believed? What is Franco’s minister?

A day before, Gallardo had had a tough confrontation with Ana Rosa Quintana. The Telecinco presenter criticized him for trying to teach women lessons on how to have children and the derogatory treatment they give to the media that doesn’t dance the water for them – “you have no respect for freedom of opinion, nor for freedom of the media”–, which is striking in a program in which Santiago Abascal always receives preferential treatment.

In the interview with Rocío Monasterio, Jiménez Losantos almost did not let the Vox spokesperson speak in the Madrid Assembly. On four occasions, the journalist said that he had voted for Vox and that now they were disappointing him with his strategy: “I am a Vox voter and you are disappointing me.”

Unlike other interviews in which Monasterio smiles when she refuses to answer the questions or disqualifies the journalist, on this occasion she was tense and serious, aware that she was unable to get her message across. His attempt to despise Losantos by saying that he was only spreading “the message of the SER” was answered by his angry interlocutor: “The only medium that has supported Vox when no one supported it is this house. The only one!” It was like the separation of Shakira and Piqué, but with more venom in the attacks.

In a demonstration that there is no worse wedge than that of the same wood, Losantos ridiculed Monasterio when she tried to explain that women lack information about pregnancy, and that they have been having children for some time.

Monastery: “The heartbeat of a child…”.

Losantos: “But you’ve already heard it.”

Monastery: “A child that we carry in the womb. That is the theme.”

Losantos: “Well, you can put it on the mobile ringtone if you’re excited about it.”

It was an unusual moment in the right-wing media landscape. Losantos has a past that he believed made him immune to these accusations, and not just for having voted for Vox. The Gürtel ruling declared it proven that the Popular Party collaborated with the financing of Libertad Digital, the Losantos media outlet, with 400,000 euros of black money, which Luis Bárcenas called the “off-accounting accounting” of the PP.

Keeping track of the money is essential in these cases. Once razors come to the fore, anything is possible. Iván Espinosa de los Monteros responded to the humiliation that Monasterio had suffered. Nothing else occurred to him than to say that it was all because Losantos was afraid that “his financing of him is in question.” The journalist’s pulsations rose to the maximum and he threatened Espinosa with a lawsuit: either there is an “immediate, conclusive and clear rectification” or he will have to “sit on the bench.”

The Government of Madrid alone spends hundreds of thousands of euros a year on institutional campaigns that favor some right-wing media such as OK Diario over what would correspond to them based on their audience data. For this reason, they watch each other with fear of losing a piece of the pie to a competitor from the same ideological spectrum. It is the reason that Javier Negre’s medium, which is little more than a YouTube account, took advantage of this controversy to encourage Espinosa to respond to Jiménez Losantos’ criticism. What made the latter call “the black of the Negre” who asked the question to the Vox deputy.

The closer to the election date, the more examples of these right-wing political and media wars will occur. Hysteria is a bad adviser. A good example this week has been the manifesto signed by 254 former politicians and intellectuals from the right. Many of them would have been placed long ago in what could be called the camp of the moderates. Now moderation has abandoned them and they have also taken up arms. They maintain that the decisions of the Government coincide with those of the independentistas in their attempt to “flagrant rupture of the Constitution” and warn that they can originate a process that “would end up destroying the Spanish political nation.”

A similar idea appeared in the manifesto of the concentration this Saturday against the Government, supported by the PP, Vox and Ciudadanos. “We are facing a constitutional mutation plan that remains hidden from the eyes of the citizenry,” he said. How is it possible to say that this evil plan is “hidden” when it is part of the diet provided every day by political parties and the conservative media.

What is not hidden is that some of them are going to be eaten by the feet in this election year. Their lives depend on it.

We have something else to tell you

elDiario.es is financed by the contributions of 60,000 members who support us. Thanks to them, we can write articles like this one and that all readers – including those who cannot pay – have access to our information. But we ask you to think for a moment about our situation. Unlike other media, we do not shut down our journalism. And that makes it much more difficult for us than for other media to convince readers of the need to pay.

If you get information from elDiario.es and you believe that our journalism is important, and that it is worthwhile for it to exist and reach as many people as possible, support us. Because our work is necessary, and because elDiario.es needs it. Become a member, become a member, of elDiario.es. 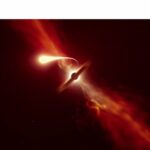 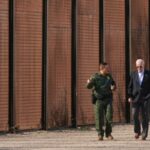