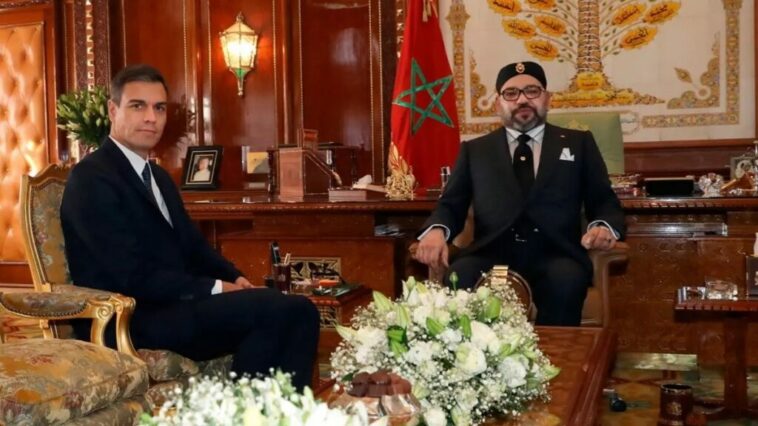 What did Morocco steal from Pedro Sánchez’s mobile? What compromising information was hidden among the 2.6 gigabytes of information from the first attack on the Prime Minister’s cell phone with the Pegasus program and the 130 megabytes that they took in the second? Is Rabat blackmailing Pedro Sánchez with the information that the president had among his 15,000 documents in Word formatthe 3,000 PDF documents or the 1,000 images in JPEG format, what are those 2.6 gigabytes stolen from the mobile equivalent to?

The question once again flies over the national panorama, this time promoted from the European Parliament where Pedro Sánchez has once again subjected ‘his’ PSOE to a new humiliation: being the only MEPs, along with those of Le Pen, who voted against a report that called for defending freedom of information in Morocco, freeing imprisoned journalists, respect for human rights, investigate the role of Rabat in Catargate and his ‘bites’ to MEPs and, oh coincidence, also investigating the espionage of the Rabati authorities with the Pegasus program.

The 17 socialist MEPs, with names and surnames, voted against and positioned themselves arm in arm with Le Pen’s ultra-rightists for a “direct” order from Madrid, according to sources close to the embarrassed socialists.

Pressure from Morocco on Pedro Sánchez

Moroccan freelance journalist Ali Lmrabetwho has gone through the prisons of the Alaouite satrap for trying to defend his right to report the excesses of Mohamed VI and the problem of the Sahara, denounced what was going to happen on his social networks: the document had been leaked before the vote to the Moroccan authorities themselves to ‘review’ it.

Later, the journalist denounced that the Rabatí Minister of Foreign Affairs had directly called his Spanish counterpart Jose Manuel Albares to “make sure” that the 17 Socialist MEPs would reject the resolution. Said and done: like little lambs, the very generously well-paid politicians voted ‘no’. Twinned with the same ultras who ask to put a sanitary cordon…

The Moroccan minister had threatened Albares -according to Lmrabet- that the summit with Morocco on February 1 and 2 “would suffer”. It would not be annulled but yes, according to the same source, “it would be markedly lowered” and Rabat would send a second level delegation. A setback to which Pedro Sánchez was not willing: once again, he gave in to blackmail.

From the Spanish Government The story of how this new humiliation was produced is not refuted: Sánchez assured that the ‘no’ was due to not sharing “elements” of the resolution… without saying which ones. Regarding the call to chapter of the Moroccan minister, from the Ministry of Foreign Affairs they assure that “not all the contacts that the minister maintains are made public by the discretion required by diplomacy”.

The truth is that, after the double assault on Pedro Sánchez’s cell phone, the Spanish government has gone from secretly receiving the leader of the Polisario and public enemy number one of Morocco, brahim ghali, sick with Covid, to give his support in a historic twist to Morocco’s autonomy plan for Western Sahara. In between the Ghali scandal and this Copernican change, an avalanche in Ceuta caused by Morocco and the assault on the motive of ‘his sanity’. White and bottled.

What the hell did Sánchez’s phone number have in his files to pay the price that is being paid? His unexplained change in the Sahara caused Algeria – an ally of Ghali and an enemy of Morocco – to cut diplomatic and commercial relations with Spain in the middle of the war in Ukraine and the dependence on Algerian gas, which began to decrease. boycott It costs Spain just over four million euros a dayaccording to the statistics of the Secretary of State for Commerce. Something like 340 million every quarter.

Albares assured this Thursday, in the midst of the controversy over the ‘directed’ vote of the socialist MEPs that has once again made evident the dependence of the Madrid Executive on the interests of Rabat, that the “approach” to Morocco has had “benefits” : “Bilateral trade with Morocco has grown by 31% to close to 10,000 million euroswhich makes Morocco the main trading partner outside the EU beyond the United Kingdom and the United States”, boasts Albares.

The Moroccan minister had threatened Albares -according to Lmrabet- with which the summit with Morocco in February “would suffer”. It would not be annulled but it would “be ostensibly lowered”

He adds, as another success of the Sanchista turn, that while the rest of the migratory routes to Europe have grown, those that come from from Morocco to Spain have decreased by 21% (14,852 people) through the Mediterranean and 31% (15,642) to the Canary Islands. Albares forgets to say that since Sánchez came to power, his government has delivered 122 million euros to Morocco only in non-refundable direct subsidies to control borders that Rabat continues to open and close at convenience.

The interests of Morocco

As in so many other matters, we will have to wait for Sánchez to leave Moncloa to find out what was on his phone and why, since the hack known in May of last year, Spanish foreign policy is subservient to the interests of Rabat and its dictator King to the point of ordering socialist MEPs vote with the National Rally of Le Pen.

We will have to wait because, although the case is in a court of the National Court and it has been requested to declassify the secrets of the Council of Ministers to shed some light on this scandal, the Government puts all the obstacles to prevent it. Moncloa has ruled out providing data related to the frequency of analysis to which the president’s terminal was subjected before his infection. As always, as in the case of the use of the Falcon, he uses reasons of “national security” to reject the request. What has been said: we will have to wait to find out what the hell Sánchez’s mobile was hiding. 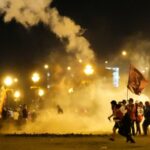