What are Petro’s proposals that have generated controversy? 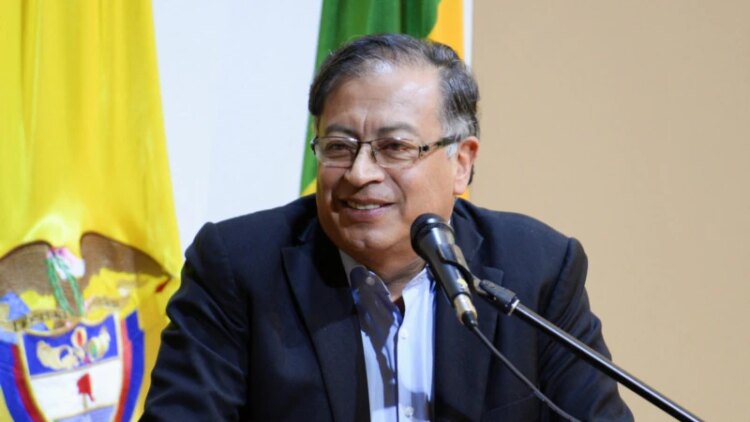 On August 7, the new government headed by the elected president and leader of the left Gustavo Petrowho already has a series of proposals ready that he will seek to take to Congress for approval.

Since his presidential aspirations, he has caused a stir for some of them that, as some analysts call them, are controversial.

Although, according to professor and political analyst Vicente Torrijos, “the new government has an extremely easy outlook, because from the parliamentary point of view, it has achieved impressive support…, deep down there are so many expectations of change, especially in its own sectors,… which we would say is where you may find the greatest obstacles”.

One of the reforms that has caused criticism is the reform of the Military Forces, with the dismantling of the Mobile Anti-riot Squad (ESMAD). Even the appointed Defense Minister, Iván Velásquez, assured local media this week departure of the National Police of the Ministry of Defense.

According to some analysts, the proposal has the elected government in the eye of the hurricane because they consider that it is not feasible to dismantle a military force that for decades has been the right hand of hundreds of governments.

For Orlando Carrillo, security analyst, these modifications could be generated, as long as “the conflict [En Colombia] actually stabilized. Today we have too many problems and that coordination of communications, logistics and ideas could be affected by making this new change”.

“What can be said here is a transformation of this group, generating new guidelines that are much more forceful and closer to everything that has to do with the defense of human rights, and other situations framed in the regulations, but disappearing it makes me It seems like a big mistake,” adds Carrillo.

Analysts agree that riot groups have always existed worldwide and that they are necessary to safeguard the security of a country. For the professor, “if the Petro Government dismantles the ESMAD, it will have to found a new one.”

“I believe that the Petro Government is colliding with a very violent reality in Colombia, which will require the assistance of the Military Forces, and of course this will not be easy, because there are some sectors of society that are demanding insistently something like a kind of bill collection…, but it is also true that the Colombian military forces have made a gigantic effort in pedagogical matters for human rights”, affirms Torrijos.

From his point of view, Petro must distance himself from both interests and strike a balance to ensure security.

Gustavo Petro has spoken of an amnesty proposal that, as he wrote on Twitter, “if the country has experienced decades of violence, the only way to heal the wounds is through an immense global pardon. Social forgiveness is a historical process that implies restorative justice and truth”.

For Orlando Carrillo, it is a concept that is discussed in the country’s prisons, but that would presumably seek reductions in sentences.

“You have to forgive, yes indeed, it is a social human process, but you also have to work so that, behind that forgiveness, there is a definitive cessation of your criminal activities,” he says.

For Torrijos, in any type of negotiation, whether it be submission to justice with organized crime “or taking into account everything that has been the political crime, the related crimes or, in any case, the alleged right to rebellion, all of this must necessarily be framed in that there is neither impunity, on the one hand, nor non-compliance, on the other.” In addition, he says, Petro should not be seen as a supporter of crime, “which would be something deeply traumatic for a society like the Colombian ”.

For Torrijos, another of the The most controversial points of his proposals and that may suddenly generate certain problems for him are the subsidies.

“There are many sectors of the left in Colombia that have dreamed of the country living subsidized… Beyond social pedagogy, the Petro government will have to make a lot of effort in terms of public health and make people understand that it is not automatically how they leave. to solve all the problems, but a gradual and sustainable system with reliable contributions by all sectors of society is needed to provide a health service that is equitable, but at the same time sustainable”.

On the other hand, in terms of agrarian reform, the purchase of land that is not being productive has been proposed. In this regard, Torrijos maintains that it is not enough to sow the feeling that the peasants are finally going to own the land in Colombia and that the new government in Colombia “will have to work to turn the countryside into a true engine of productivity and that It is not solved only with the reallocation of land, of course”.

At the beginning of July, the president-elect said that he will promote a reform to eliminate the Attorney General’s Office, but how easy is it to achieve it?

For Vicente Torrijos, it is hardly normal for a Prosecutor’s Office – a disciplinary control body -, in any democratic society, to be in charge of the constitutional functions that correspond to it and “finishing it does not necessarily solve the problems because there will always be a need for a public ministry.”

In this sense, he adds, if what is basically being sought is a constitutional reform or starting an agenda to convene a National Constituent Assembly, “that would have to be said clearly enough so that there are some specific points and then society moves along the path, as has happened in Chile for example”.

The president-elect has also stated his intention to accelerate the energy transition and limit new exploration licenses.

“There will be no fracking in Colombia,” Petro said on Twitter, in support of Susana Muhamad, whom he appointed Minister of the Environment.

“It is very clear that, in the long term, energy sufficiency models cannot continue to be based on oil exploration, but it is also true that the Colombian economy has been based for a long time precisely on the income derived from hydrocarbons, with which it is necessary to achieve, in any case, a balance”, says Torrijos.

For the analyst, the key to all the proposals is that the next Colombian president manages to articulate the desire of the sectors that have always supported him, that are looking for a change, and the traditional sector that has expressed their support in parliament, and thus the tendencies of polarization in the country are cushioned.

Russian prosecutors ask for nine and a half years in prison

the police ordered to evacuate the places of protest