Hundreds of young people suffered very serious eye injuries and lost their sight due to bullet wounds from the militias and security forces. In many cases, doctors refer to different causes in their reports to avoid further retaliation. One girl received at least 10 pellets in the face. Dismissal for doctors who report to the media.

Tehran () – Aim at the protesters’ faces and hit them in the eyes, to throw a more than symbolic veil over the protest. The “widespread” use of blindness as a “weapon of war” to silence dissent. And the doctors forced to falsify reports to avoid new reprisals from the ayatollahs against the hundreds of injured young people. This is also what is happening in the Islamic Republic, where a massive popular uprising has been taking place for four months, triggered by the death of the 22-year-old Kurdish girl Mahsa Amini at the hands of the police in mid-September, and repressed bloodily for Tehran. A new violent drift of the Iranian regime, already guilty of summary trials, death sentences and hangings, in an attempt to extinguish the aspirations -and demands- of different generations, of men and women united to demand more freedom and rights.

An in-depth investigation published by IranWire He speaks of “hundreds” of people, even very young, with serious eye injuries after being hit by pellets, tear gas, rubber bullets or iron pellets used by security forces. The exact number is unknown, but doctors are said to be “overwhelmed” with trauma cases that include damaged eyeballs, severed optic nerves and damaged retinas.

A report from New York Times In November, it reported more than 500 patients with serious eye injuries admitted to three Tehran hospitals, many with metal and plastic shards smeared across their faces. In addition, in many cases of eye injuries, doctors write different causes on the reports—for example, cataracts or other eye diseases—to avoid further retaliation by authorities against the injured. In fact, the diagnosis of a gunshot wound is equivalent to revealing participation in street protests. A doctor from the capital, on condition of anonymity, talks about a girl hit by at least 10 projectiles fired “directly in front of her. The pellets entered her eye. Benita [así se llama la pequeña víctima] It’s one of the worst cases that’s ever happened.”

Others suffered eye injuries as a result of beatings with sticks and iron clubs. However, after months of silence, some young victims turn to social networks to denounce. A girl tells how she returned to the place where she was beaten “after a month and 20 days. She was here when a member of the militia [paramilitar] Basij shot me in the eye and took my sight.” “I used to be happy when people complimented me. They told me that he had beautiful eyes. Today, how I miss these beautiful eyes, “she concludes.

The stories and testimonies show how blows to the face are not the result of accidents, but rather the result of a widespread practice aimed at attacking (and injuring) seriously. Hundreds of cases were reported across the country, in the provinces of Tehran, Alborz, Isfahan, West Azerbaijan, Fars and in Kurdistan. Hence the decision of a group of 120 ophthalmologists to sign a open letter addressed to the director of the Iranian Association of Ophthalmology, in which they beg him to intercede with the authorities to stop the attacks. And, at the same time, warn leaders of the consequences of injuries for society as a whole, not just for individuals. The request fell on deaf ears, because the militias continue to attack and those who complain, as in the case of a doctor at a Tehran hospital who spoke to the media about the matter, are “dismissed.” 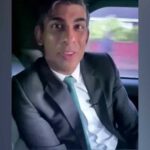