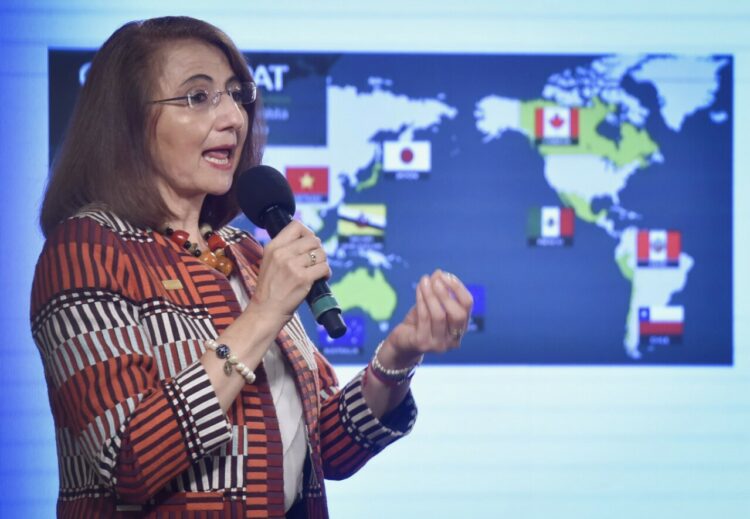 Mexico has always been open to dialogue with the United States on different issues, for example, before we requested the panel of rules of origin on the automotive sector, we were talking with the United States at all levels at the political level, at the technical level , at the level of negotiators, vice-ministerial and ministerial to try to make known what our position was.

Mexico believes in dialogue, in talks, and this is a constructive stage in which we can find out how we can address what the United States is proposing and seek the correct balance to find the best solution.

We have a deep productive integration with the United States and Canada and, as in any family, in any marriage, there may be differences. But that does not mean anything other than that we are using the mechanism that we gave ourselves and that we negotiated so that, when we face this type of situation, we can solve it in a technical, friendly way and we can continue advancing.

Is there a deadline within chapter 31 to have an agreement?
—Certain periods are established. For example, on the subject of consultations, 75 days were established; however, there is the flexibility to go further.

On the other hand, when you are talking about the establishment of a panel, it can last between six and seven months, but we cannot say that the dates are fatal either. Sometimes we take a little longer to define certain processes, certain procedures; the choice of the panelists and that they are available.

The idea is to try to resolve this in the shortest time possible, because what we want is to resolve differences, provide certainty and move forward. It is not about having mechanisms that distract us for a long time.

Actually, this mechanism is designed precisely to manage it in a more administrative way. What do I mean? To try to resolve the differences when they arise, without this having any implication or impact on the relationship, defining whether or not a measure is compatible with the obligations that we have within the treaty itself.

Using these mechanisms, what you are demonstrating is that the treaty does work, it does work and helps resolve issues when they arise. This is of great value for the region and for investors because they know that there is a mechanism that helps resolve them.

In NAFTA, the North American Free Trade Agreement, we had the challenge that one of the parties could simply block the establishment of a panel. There was no such institutionality that allowed dispute resolution through mutually agreed and well-defined mechanisms.

How does the Ministry of Economy perceive the reaction of the President López Obrador, minimizing the US accusations ?
—In the Ministry of Economy we are responsible for defending the Mexican State and the implementation of the T-MEC. So, we are going to work in such a way that we can attend to the interest of all of us here, in Mexico: that the T-MEC works, that it helps and contributes to national development.

The T-MEC was approved in this administration, in December 2019. It is a treaty that all of us in Mexico value and the Ministry of Economy will fulfill its job of doing the best defense for the national interest.

First lady of Ukraine will address the US Congress