It doesn’t fail. He looks like a mathematician. Every six months, the world rediscovers Roman concrete and is amazed by the durability of a material that allows Agrippa’s Pantheon to have been standing for 2,000 years (while modern concrete cracks after a few decades). By the way, almost with the same regularity, there is some scientist or engineer who claims to have found the key secret that makes it so. Now it’s up to the Massachusetts Institute of Technology And, as usual, the story is not exactly what it seems.

What does the study say? MIT researchers They have studied a few small pieces of lime that are commonly found in Roman concrete: the ‘calcium oxide clasts’. This type of structure has been extensively studied in Roman infrastructures located in maritime contexts and, for years, it has been related to a certain “self-regenerative” capacity of the material.

According to some scientists, the water that would enter through the cracks in the concrete would carry the calcium ions from the clasts in a process that would end up forming calcite and sealing the cracks. The work of the MIT of the last days, studies these clasts also in the terrestrial concrete and theorizes that they are the result of the Romans adding quicklime to the concrete mixture (instead of slaked lime — calcium hydroxide — key to the pozzolanic reactions).

Beyond that, the researchers they made various mixes with quicklime and verified that, according to their theory, clasts of lime were generated in these new mixtures (and calcite was formed that repaired the cracks). As Brian Potter says, the discovery is interesting on a historical level. But despite attempts to sell it to us as revolutionary, it is potentially useless.

Useless? Yes, useless. When talking about Roman concrete, a lot of mistakes are made, but there are two recurring ones: the first, as Manuel F. Herrador, professor of Structural Concrete at the School of Roads at the University of A Coruña, always reminds us, is “the bias of the survivor”. The idea of ​​the extraordinary quality of Roman concrete comes from studying precisely the best structures they made, the ones that have been best preserved. Instead, most of what the Romans built has now completely disappeared and cannot be studied.

The second mistake is that we are comparing ‘churras with merinas’ at a functional level. To be clear, with Roman concrete we could not do even a tenth of the things we do with modern concrete. The clearest example is reinforced concrete (that is, the mixture of concrete with reinforcing steel). These materials allow us to solve many of the structural problems that concrete presents (in fact, they allow us to build buildings like the current ones with long and relatively narrow “pieces”, something impossible with Roman construction techniques), but in exchange for these advantages , we have to pay a cost. The most obvious: the structures corrode before.

We make the concrete we want to make. This is perhaps the most important thing to keep in mind when we talk about Roman concrete: we don’t make “Roman concrete” because we don’t want to; because it is not worth it for what we want to achieve. the same potter give examples (the hindu temples Y buddhists built to “last more than 1000 years”) that show that current science and technology allow us to do real fancy things. The question is do we want to make them in a world that is changing so quickly and no, as much as we love the Romans, we don’t. Good thing: that allows us to go much further. 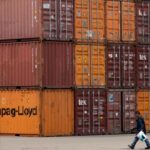