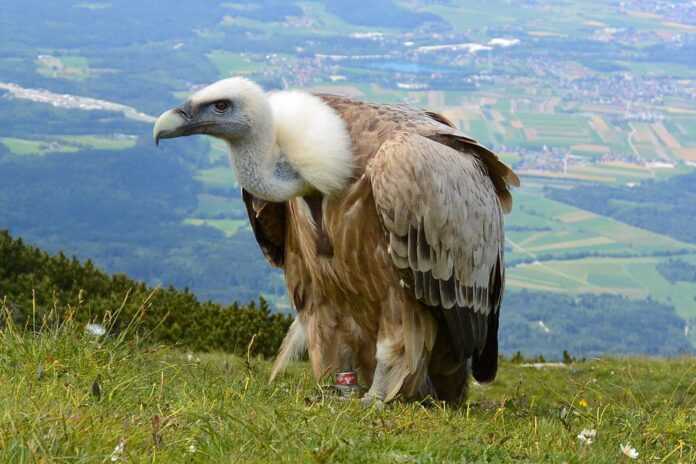 A paleontological study confirmed that vultures inhabited Australia in the Pleistocene era until their disappearance more than 40,000 years ago, scientific sources reported Wednesday. Recent analysis of fossil remains, found a century ago and previously attributed to a species of eagle, showed that the bones actually belonged to a previously unknown species of vulture in Australia.

The researchers of the Flinders University and the South Australian Museum They reached this conclusion after comparing various fossil remains -found in desert areas of the country in the states of New South Wales and Western Australia- with those of other birds of prey, among other methods.

These prehistoric vultures, which lived with eagles and giant animals, were named Cryptogyps Lacertosus, according to a study published today in the scientific journal Zootaxa. “Being scavengers, vultures have very different musculature and bone structure than eagles. This fact was crucial in confirming that Cryptogyps lacertosus was indeed a vulture.”said Ellen Mather, lead author of the study in an article published in The Conversation magazine.

Scientists believe that the fossils of the cryptogypspotentially related to the Griffon vultures, date from the Middle and Late Pleistocene, around 770,000 to 40,000 years ago.

The extinction of this scavenging animal could be related to the disappearance of Australia’s megafauna around 60,000 to 40,000 years ago, according to experts. “The discovery solves the mystery of what happened to so many carcasses of the megafauna” when scientists were unaware that vultures populated the oceanic continent, says another of the study’s authors, Trevor Worthy, of Flinders University.

But with the extinction of these gigantic animals, the vultures were left without enough food, which also interrupted their reproduction, to survive and they died, mainly, of starvation. “Australia has the sad honor of being the only continent to have lost its vultures entirely”stressed Ellen Mather.

Europe's economy is in a critical situation

How was the vote in Congress to protect same-sex marriage? Here we explain it | Video