The koala climbed down from a tree and was “very determined to cross the road,” says the savior of the iconic Australian animal.

An Australian-based Irishman has become one of the oceanic country’s social media heroes this week. And it is not for less, since the European risked his life by entering a busy highway barefoot to help a koala cross the asphalt, report local media.

Video has emerged of a man stopping traffic to help a koala cross a busy highway in Burleigh Heads, Queensland. Dubbed a “hero,” the man successfully escorted the koala to safety. pic.twitter.com/84MrpA7bJ3

Will Thornton and his wife Sarah were sitting on the balcony of their home in the city of Gold Coast, in the east of the country, when they realized that a specimen of the iconic Australian animal needed help, since it had just come down from a tree and he was headed for the highway.

Seeing that the koala was “very determined to cross the road,” Will immediately sprang into action, he explains. Moved by pure instinct, Thornton guided the animal across the busy highway.

The Irishman says that he had never seen a koala trying to cross the highway before, but he knew that many of these animals are killed by a car. “There’s a lot of traffic on this stretch,” says Will, who says he feels “lucky to live in a part of the world with so much wildlife.” After his action, a friend of his considers that Thornton can already be considered “a true Australian”.

If you liked it, share it with your friends! 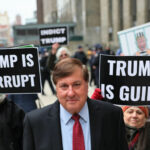