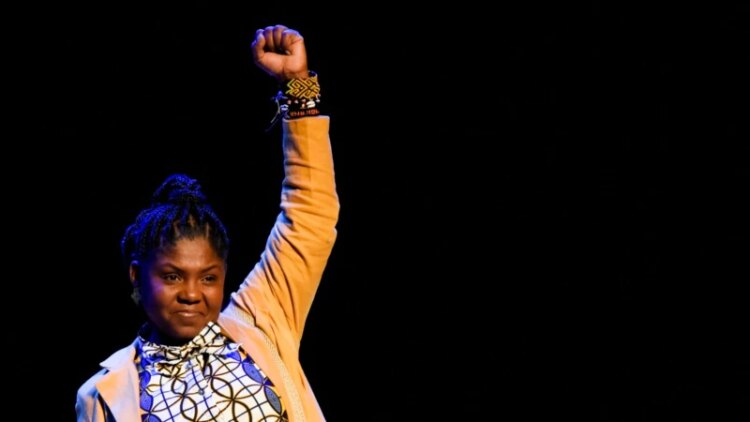 The elected vice president of Colombia, Francia Márquez, toured South America to meet with political and social leaders of the region, including the presidents of Chile and Argentina, Gabriel Boric and Alberto Fernández, as well as the Bolivian vice president, David Choquehuanca, and former Brazilian president and presidential candidate Luiz Inácio ‘Lula’ da Silva. She also held meetings with various organizations and social movements.

During his campaign, Márquez advocated inequalities, social struggle and defense of the most vulnerable. Some of these issues were addressed during his trip which, for analyst Yann Basset, a political scientist, teacher and director of the Democracy Studies Group (DEMOS) at the Universidad del Rosario, is a tour that “prepares the ground for this agenda of close relations with progressive governments in Latin America”, one of the strong components of the incoming government, of Gustavo Petro, of “improving relations with the neighboring countries of the region”.

The agenda and topics

“Today we begin our tour of Latin America. Starting from Brazil, to Chile, Argentina and Bolivia. We want to establish a fraternal dialogue with political and social leaders on issues of peace, equality, climate change and racial justice in the region,” Márquez wrote in his Twitter account, when starting his tour.

During her first stopover, in Brazil, the elected vice president and social leader met behind closed doors with ‘Lula’ da Silva, who stated, via Twitter, that the talk covered “South America and the fight against hunger and racism in our countries. I wished her and the @petrogustavo government good luck,” she wrote on Twitter.

After his encounter with Boric, On Thursday, Márquez assured that the Chilean president offered his country as the venue for the peace talks with the ELN.

“We greet with great joy that today President Boric has expressed not only his willingness to accompany us in this task of achieving peace, but also offers his home, Chile, as the venue for peace talks between the Colombian State and the ELN” , expressed Márquez, in a meeting at the University of Chile, after meeting with Boric on Thursday at the Casa de la Moneda in Chile.

Last Friday, he held a meeting with the president and vice president of Argentina. According to a statement issued by the presidency of the gaucho country, “they discussed the challenges of the region in environmental matters and the rights of people of African descent” and the bilateral relationship between the two countries.

“It is a great honor to have received the elected vice president of Colombia, Francia Márquez. Our struggles bring us together: against racism, gender discrimination and climate change. His vision, along with that of Gustavo Petro, is what Colombia and Latin America need, “Fernández assured, on his Twitter account, after the meeting.

During her visit to Argentina, the elected vice president made a call to open the debate on the legalization of drugs at a global level, because according to her, this would allow “reducing human rights violations.” The fight against hunger, the challenges of climate change and reparation for Afro-descendant and indigenous peoples were other topics to be discussed.

Márquez closed his tour in Bolivia, where he met Bolivian Vice President David Choquehuanca in La Paz on Sunday. From there, she made a call to work for the “Latin American region, the Southern region, united, in peace and with social justice.” On Monday, she was with social organizations, indigenous communities, among others. He also met with former President Evo Morales.

The role of Francia Marquez

For the political analyst, the vice president-elect’s tour is unrelated to the issues she will address once she takes office. “This visit had that much more symbolic character, more of something that has a well-established practical agenda due to this absence of clear functions at this time.”

By the way, the new government has spoken of promoting the creation of a Ministry of Equality, that would be led by the vice president to legislate in favor of women and the Afro-Colombian population.

On the other hand, the reception of Márquez in the different countries and the reception, for example, in Bolivia, of several indigenous leaders, would be related to the symbol that she represents as a social leader.

For the political analyst, “in this campaign, she has become an important symbol, in these new trends in the Latin American left, which has to do with relations with new social movements that propose a little more diversity on the left of the movement. feminist, of the Afro-Colombian, indigenous and other movements, of demands from young people. And she, in a certain way, symbolizes all this in Colombia and, for the progressive governments of the region, she is a symbol that goes a little in this direction”.

The Chilean left, for example, is also redefining itself in these instances and the reception that Francia Márquez received there is somewhat related to this will to renew the left to adopt this much more diverse approach and closer to social movements, says Basset .

The same for Brazil, which although it is a much more traditional left, “Lula also tries to redefine himself in this sense,” adds the analyst.

In this way, France concludes its last trip as a social leader, before the inauguration next August that will make it the first afro woman vice president of Colombia.

The fact, says Basset, “creates a certain ambiguity, because the passage from the world of social activism to the political world is not easy, it is a challenge for this government.”

Some describe it as the current political phenomenon in Colombia. 40 years ago, Francia Elena Márquez Mina was born in the community of Yolombó, one of the areas hardest hit by the armed conflict. Her initiatives focus on racial justice, the defense of women’s rights, human rights and the care of life and territory.

Olaf Scholz puts pressure on Putin before the turbine of the Nordstream gas pipeline: "It's ready, it works"