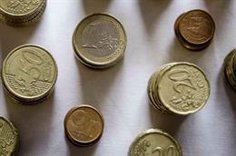 Venture capital in Spain broke all records in the first half, closing June with 850 million euros invested in 298 operations, which is 18% more than in the same period of the previous year, according to data published by Spaincap ( ancient Ascri) this Thursday.

The association has indicated that this record is due, mainly, to the number of operations of more than 10 million euros, with international firms at investment maximums, contributing 704 million euros.

The vice-president of the association, Elena Rico, highlighted that the data for the semester show that it is a sector that is solid and maturing.

The volume of private capital investment as a whole reached 5,165 million euros in 390 investments, 170% more in the amount and 5% less in the number of operations.

The president of the association, Oriol Pinya, explained in a meeting with the media that in the last five years the investment has been similar to that of the previous 15 years. “Things have to go a long way for this not to be a record year, it’s going really well,” he said.

However, he added that the second half is going to be more complicated due to economic uncertainty, but he stressed that the asset class is well regarded in the world and in Spain.

The appetite of international funds, both private equity and venture capital, has been maintained in the first six months of the year: these entities accounted for 88% of the total volume. The number of operations of these investors was at a maximum, with 132 transactions.

The national managers, for their part, increased their investment volume “slightly” with 157 million euros invested in 207 investments, compared to 426 million in the same period of the previous year.

By size of operations, the ‘middle market’ has exceeded all records with a volume of 1,330 million in 56 operations.

This segment, which until two years ago was led by national private equity firms, is now divided between national and international managers, with greater importance of venture capital, according to the association.

Spaincap also highlights the strength of the ‘megadeals’, that is, of the operations that have an amount greater than 100 million euros. In this period, eight transactions of this type were closed, which accounted for 64% of the total invested, reaching 1,845 million, a new investment maximum.

The sectors that received the largest volume of capital were other services, with 25% of the total, followed by IT and construction, which accounted for 23.5% and 19%, respectively.

The ‘fundraising’, that is, the funds raised by private capital to invest, reached the figure of 1,297 million euros, 6% more than the first half of the previous year.

RISE IN RATES AND RECESSION

When asked about the interest rate hike carried out by the European Central Bank (ECB), Pinya pointed out that it will correct the valuations of the companies.

“When capital is very cheap, any project has financing. When interest rates are higher, you have to be more demanding with the investments you make. You are raising the bar because it costs more,” he pointed out.

Regarding the effect of a possible recession, Rico has indicated that venture capital will continue to gain momentum until the end of the year, although the funds will be more demanding.

Pinya added that Spain continues to be a “good market to invest in”, while what has been noticed is a drop in valuations that “began in the Nasdaq and has continued in a cascade”.

Regarding the fall in the valuations that some companies have registered in recent months, Pinya has indicated that “it may be” that some of the entities “have gone too far,” although he has stressed that in the world of venture capital, what What matters is how much goes in and how much goes out.

“The rest is just an accounting note,” he explained, and he stressed that we should not look at the anecdote, but at the whole, since this segment has registered much higher returns than other ‘asset class’.