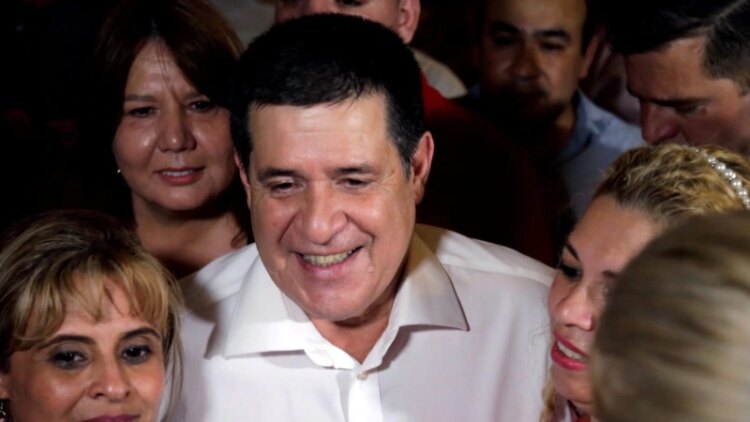 The United States Department of State sanctioned former Paraguayan President Horacio Cartes – who governed between 2013 and 2018 – on Friday for his “participation in important acts of corruption.”

In a statement, Secretary of State Antony Blinken said the former president “obstructed a major international investigation into transnational crime to protect himself and his criminal associate from possible prosecution and political harm. These actions undermined the stability of democratic institutions.” from Paraguay”.

The text also indicates that the facts “allowed and perpetuated” Cartes’ involvement with foreign terrorist organizations.

The US ambassador to Paraguay, Marc Ostfield, noted that “during his tenure, Horacio Cartes used the Presidency of Paraguay to obstruct a transnational crime investigation involving his partner. Cartes’ obstruction was designed to mitigate the political and legal risk to This allowed Horacio Cartes to continue to engage in corrupt activities, including his ties to terrorist organizations and other U.S.-sanctioned entities.”

Horacio Cartes is 66 years old, governed the country between 2013 and 2018, and recently announced his candidacy to preside over the ruling Colorado Party; he is one of those chosen to win the primaries in December. In addition, he is one of the richest men in Paraguay, owner of a tobacco company.