Two US lawmakers on Thursday recommended the US government sanction Haitian gangs and those who help finance them, as the Caribbean nation continues to be besieged by criminal gangs, exacerbating fuel shortages.

“That’s something we need to start looking at: sanctions against gang leaders, those who fund the gangs and those who ship the weapons,” said Gregory Meeks, a Democrat and chairman of the US House Foreign Affairs Committee. .

Meeks was supported by Republican Michael McCaul during a House hearing that pushed for Washington to crack down on the gangs, who now control vast swaths of Haiti.

“I would be very much in favor of a measure to punish, we call them oligarchs, they are actually warlords, controlling the gangs and depriving Haiti of any sense of governance,” said McCaul, the committee’s top Republican.

* With information from Reuters. 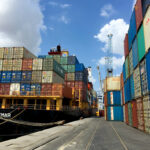