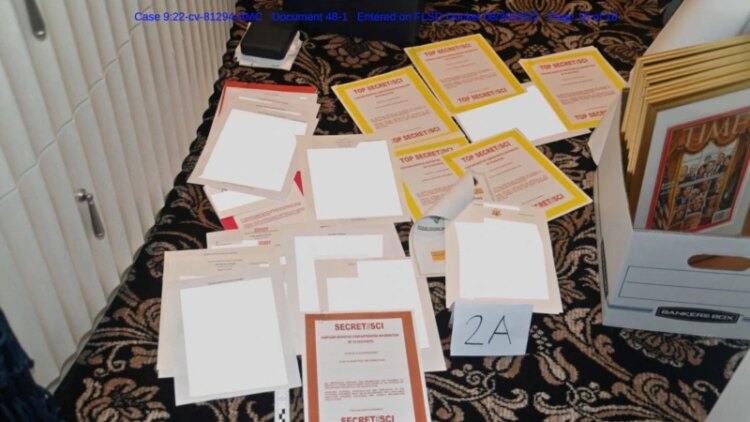 The US Justice Department’s court filing cited a June statement from a representative of former President Donald Trump that all classified documents had been returned to the government, as well as clarifications from a lawyer for the former president that all remaining White House documents were kept in a single storage room.

The Justice Department said the attorney prohibited government personnel from looking inside the boxes at the site to confirm that no other classified documents were there.

Two months later, the FBI executed a search warrant at the location, seizing 33 boxes containing more than 100 classified records, including some documents with the highest levels of classification.

The Justice Department said agents found the classified documents in a drawer in Trump’s office inside his residence during the search in early August.

Under US law, presidential records belong to the government and must be turned over to the National Archives at the end of a president’s term. Trump left office in January 2021.

The former Republican president criticized the search of his residence that took place in August as unprecedented and unnecessary, saying he was cooperating with the courts. His lawyers have asked a federal judge to appoint a special representative to review whether the seized documents include privileged information.

The Justice Department said in its filing Tuesday that Trump was given plenty of time to comply with requests to return government records, and that a special department team had already completed the job of filtering out any privileged material.

A judge is set to further consider Trump’s request at a hearing scheduled for Thursday.