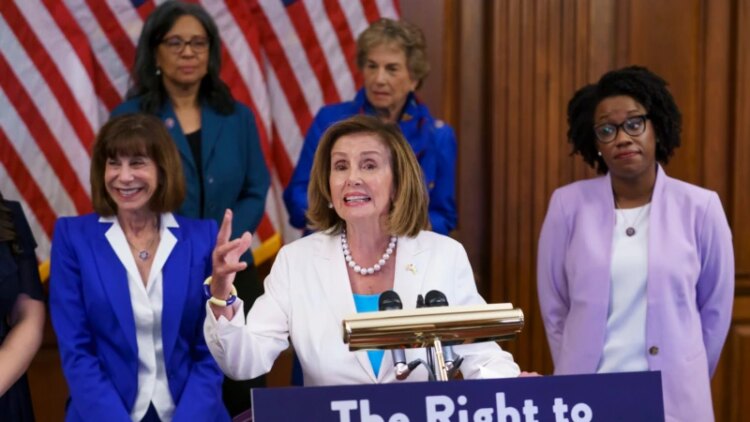 The US House of Representatives on Thursday voted in favor of a motion to create a law protecting the right to use contraceptives, amid fears the Supreme Court will strike down such use.

The measure was pushed by House Democrats, their latest response this election season to concerns that a conservative high court, which has already eliminated federal rights to abortion, can go further.

The House vote, 228-195, largely followed party lines and sent the bill to the Senate, where its fate seemed bleak.

Democrats said that with the high court’s recent reversal of the landmark 1973 Roe v. Wade ruling, Republican justices and lawmakers are on track to go even further than banning abortions.

“This extremism is about one thing: controlling women. We will not let this happen,” said Democratic Rep. Kathy Manning, who sponsored the bill. All of the nearly 150 co-sponsors of the bill are Democrats.

In his opinion on the decision that overturned the Roe ruling last month, Justice Clarence Thomas wrote that the court should now review other precedents. He cited rulings affirming same-sex marriage rights in 2015, intimate same-sex relationships in 2003 and contraceptive use by married couples in 1965.

Thomas did not specify a 1972 decision that also legalized contraceptive use by single people, but Democrats fear that, too, is at risk.

Republicans accused Democrats of fabricating a crisis and said no serious attempt is under way to take away the right to use contraception.

“If we allow the majority to undermine constitutional guarantees in favor of an imaginary and false emergency, they will create more imaginary emergencies in the future to violate and undermine our constitutional principles,” Republican Rep. Claudia Tenney argued during the debate. She said the Democrats wanted to “distract and scare the American people and score some cheap political points.”

Thinking what to see this Sunday? Here, a couple of anime recommendations