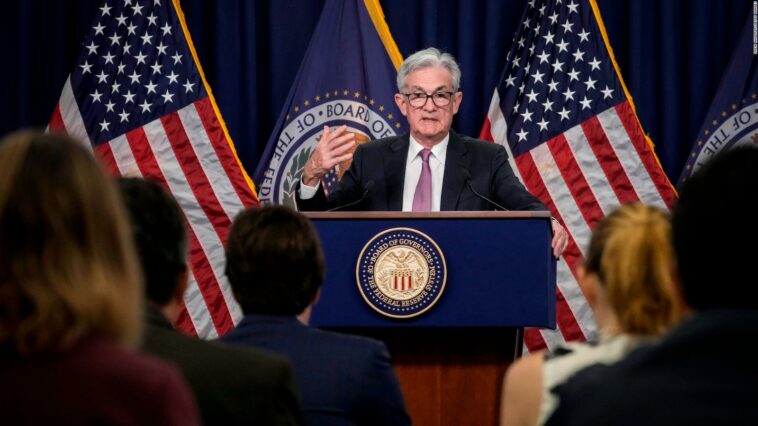 What does it mean that inflation has dropped in the United States? 1:54

() — The Federal Reserve approved this Wednesday a half-point increase in interest rates, a smaller increase than in recent months and an acknowledgment that inflation is finally subsiding.

The hike represents a reversal for the Fed after a record year that included seven straight hikes as part of an aggressive campaign to try to bring down the highest inflation since the early 1980s.

Although less than the last four consecutive three-quarter-point hikes approved at previous Federal Reserve meetings, Wednesday’s hike is still double the central bank’s usual quarter-point hike. In addition, it will likely add to the economic pain of millions of American businesses and households by raising the cost of borrowing even higher.

But even if the Fed moderates interest rate hikes, there won’t be a sharp decline in rate increases, even if the economy starts to slump. Inflation, Fed Chairman Jerome Powell said, is the enemy the Fed has in its sights.

“Ultimately, that question of how much you can raise rates is something we’ll define by looking at the progress of inflation and where the financial conditions are, and after assessing whether the policy is tight enough,” Powell said Wednesday, at a press conference, following the Fed’s decision.

“We have assessed that we are not restrictive enough, even after today’s increase,” he added.

And he concluded: “However, we believe that we will get to that point and then the question will be how long we will stay there. And the firm opinion of the committee is that we should stay in that place until we are really sure that inflation is coming down significantly.” sustained. And we think that’s going to take some time.”

Powell also said the Fed believes the US economy will continue to grow through its interest rate hike campaign, even though US gross domestic product could decline and unemployment could rise.

“I don’t think that qualifies as a recession because you have positive growth,” Powell said.

The Fed also released its long-awaited “summary of economic projections,” which includes what is colloquially known as a dot plot. Investors pay close attention to these forecasts, which show where each of its 19 leaders expect interest rates to go in the future, looking for clues about the path of rate hikes next year and beyond.

December projections showed a more aggressive monetary policy tightening trajectory, with the half point raising fed funds rates to a new high at 5-5.25% from 4.5-4.75% in September . That would mean that Fed officials expect to raise rates by half a percentage point more than three months ago, when the chart was last published.

Policymakers also projected that PCE inflation, the Fed’s favorite price gauge, would remain above its 2% target until at least 2025. Other projections showed sour expectations for the US economy at the end of the year. from 2023 that they will remain at that level until 2024. That’s 0.2% more than the 4.4% rate they expected in September and significantly higher than the current rate of 3.7%.

GDP, an index of economic output, is also expected to fall to 0.5% next year, down from 1.2% in September.

Such a forecast is likely to stoke fears among investors and economists that the US economy could hit a recession next year.

Even so, the economy has been resisting the increases so far. The job market is healthy, wages are growing, Americans are spending, and GDP is strong. Businesses are healthy, too: Companies are largely exceeding their revenue expectations and reporting positive earnings results. 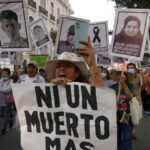