The approval of the measure took place this Wednesday by the UNESCO World Heritage Committee. The declaration is an emergency procedure to protect threatened sites. The Russian representative in the body argued pressure for approval, while the Ukrainian Minister of Culture described the day as historic.

Unesco activates its emergency protocols to protect Ukrainian heritage from Russian bombs. And it is that this Wednesday, the UN cultural entity added the historic center of Odessa to its list of ‘World Heritage in Danger’, recognizing its “outstanding universal value” and “the duty of all humanity to protect it”.

The agreement was made in Paris, France, in an extraordinary session of the World Heritage Committee. The cultural director of the agency attached to the United Nations, Audrey Azoulay, argued the mandate arguing that “the legendary port has left its mark on cinema, literature and the arts”, which makes the site worthy of being “under the strengthened protection of the international community”.

“As long as the war continues, this inscription embodies our collective determination to ensure that Odessa,” a city “that has always overcome global upheavals, is preserved from further destruction,” he concluded.

While the war continues, this inscription embodies our collective determination to ensure that #Odessawhich has always surmounted global upheavals, is preserved from further destruction. #Ukraine #WorldHeritage


At the meeting of the 21-member Heritage Committee, six voted in favor of including Odessa on the list, one against, and 14 abstained. The proposal had been on the table since last October by President Volodimir Zelenski, but changes proposed by Moscow in the approval document had delayed the vote.

The reactions to the inclusion of the Ukrainian city in the list of ‘World Heritage in Danger’ did not wait. The Russian representative in the organization, Tatiana Dovgalenko, lashed out at Unesco: “Today we witnessed the funeral of the World Heritage Convention.” She also added that scientific objectivity “was shamefully violated” and that pressure prevailed in the selection process.

At another point, the Russian representative added that some local monuments had been destroyed by Odessa residents to justify the designation of a city in danger.

For his part, the Minister of Culture of Ukraine, Oleksandr Tkachenko, celebrated the measure by stating that it would protect the multicultural history of the city: “It is a historic day,” he emphasized. “Odessa is in danger due to the large-scale invasion of Russia (…) I have high hopes that the UNESCO umbrella can protect at least the skies” of the city “and of Odessa itself from this barbaric attack by the Russians ”.

It’s been almost a year since Russian bombs have fallen on Ukrainian territory. Odessa is a frequent target of these attacks, so the question arises whether the Ukrainian move is a clever strategy or a move truly designed to save cultural heritage. The key to everything is in the Unesco convention of 1972.

According to it, the signatories of the commitment must help protect the places included in the list and both Moscow and kyiv belong to this agreement. Therefore, Russia, in the midst of its invasion of neighboring territory, must “refrain from taking any deliberate action” that could damage the site.

Ukraine already had seven World Heritage sites. Among them are the Struve Geodesic Arc; the cathedral of Santa Sofia, in kyiv; or the capital and the residence of the metropolitans of Bucovina and Dalmatia.

The Ukrainian city was founded on the banks of the Black Sea at the end of the 18th century. It was one of the most important ports of the Russian Empire and after the extinct Union of Soviet Socialist Republics, the USSR.

Among its most outstanding places we can point out the giant staircase that served as the setting for one of the most recognized scenes of the film ‘The Battleship Potemkin’, by filmmaker Sergei Eisenstein, in which the Cossacks shoot at the people to chastise support for the rebels. Also the Opera building, reopened in June last year in the midst of the attacks, which was seen as a symbol of resistance.

With the invasion of the Kremlin troops the panorama has changed a lot. Sandbags and fabrics protect and camouflage important sculptures and an impressive number of iron barricades flood the streets of its historic center.

With Reuters, EFE and AP 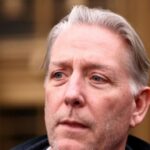