The UN Special Representative for Children and Armed Conflict, Virginia Gamba, has stated that the situation of children in the eastern provinces of the Democratic Republic of Congo (DRC) has deteriorated “drastically” in recent months, urging “the responsible for atrocities” to be held accountable.

According to the representative of the office of the General Secretariat of the United Nations, minors are the most affected by the intensification of armed activities by an increasing number of armed groups, including resurgent armed groups, especially in North Kivu and Ituri.

“The latest increase in the number of children killed and maimed and in attacks on schools and hospitals, according to preliminary data, is shocking,” Gamba said in a statement released by the UN.

In North Kivu, the intensification of hostilities would be exposing children to high levels of violence. Recently, offensives by the March 23 Movement (M23) rebels have had serious consequences for children, according to the United Nations office.

In this sense, the number of serious violations attributed to the M23 has multiplied by more than twenty in the course of the past year. “I am especially shocked by the Kishishe and Bambo massacre in December 2022, in which more than twenty children were killed or maimed, and multiple schools were destroyed by the M-23,” added Gamba.

In Ituri, the already dire situation is dramatically deteriorating, and cases of targeted attacks against civilians, including children, are on the rise.

“I am appalled by recent reports that mass graves have been found near the villages of Nyamamba and Mbogi, following attacks by the Congolese Development Cooperative (CODECO) against civilians. I am devastated that in the bodies of six children have been found in one of the mass graves,” the special representative stressed.

These types of attacks would also reduce the access of humanitarian workers to those who need help, including children.

Furthermore, intensifying fighting between Mai-Mai, Twigwaneho and Gumino groups in South Kivu continues to pose “serious threats” to children, all while ongoing activities by armed groups “are exacerbating the humanitarian crisis in the DRC with serious and long-lasting repercussions on children.

“The DRC already hosts the largest number of internally displaced persons on the African continent, due in large part to the activities of the Allied Democratic Forces (ADF), CODECO, twigwaneho and the Mai-Mai groups,” read the letter from the ONU.

The special representative has called for “those responsible for atrocities” against civilians, including children, to be held accountable. Meanwhile, she has welcomed the DRC government’s efforts to hold perpetrators of grave violations against children to account, including by prosecuting the alleged perpetrators.

In addition, it has asked all armed groups to “immediately” cease hostilities and adhere to the Disarmament, Demobilization, Community Recovery and Stabilization Program (P-DDRCS).

“I urge all armed groups to sign action plans or unilateral commitments with the United Nations to end and prevent grave violations against children and I remind those who already have such commitments to implement them fully and without delay,” he said. added Prawn. 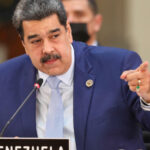 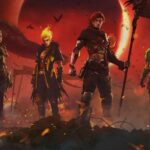