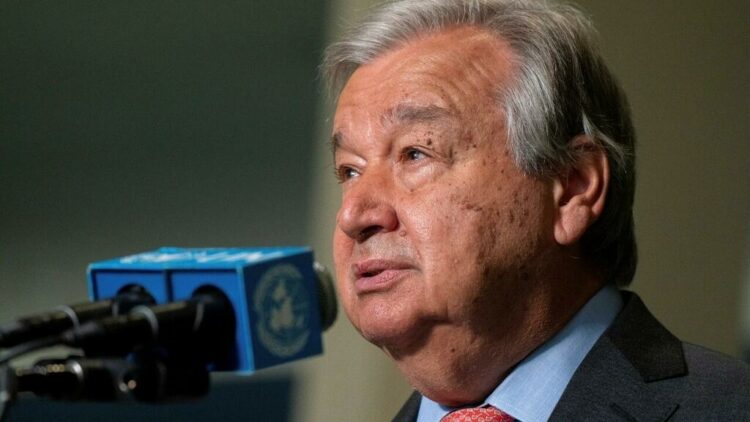 The agency especially called for immediate energy-saving measures from developed countries, including limited use of air conditioning and heating, as well as in transportation. For his part, he attacked various oil companies that have profited during the energy crisis exacerbated by the war in Ukraine.

António Guterres, Secretary General of the United Nations, denounced what he considers the “grotesque greed” of oil and gas companies and their financiers, and urged governments around the world to “tax these excessive profits” to support more vulnerable.

“It is immoral that oil and gas companies are making record profits from this energy crisis at the expense of the poorest people and communities, at an enormous cost to the climate,” Guterres told reporters.

It was recently learned that the two largest US oil companies, Exxon Mobil Corp and Chevron Corp, the British Shell and the French Total Energies together earned almost 51,000 million dollars in the last quarter, almost double what the group entered in the period. from the previous year.

“I urge all governments to tax these excessive profits and use the funds to support the most vulnerable people in these difficult times,” said Guterres, who called on “people around the world to send a clear message to the industry of fossil fuels and their financiers: that this grotesque greed is punishing the poorest and most vulnerable people, while destroying our only common home”.

The body presented a report in which it proposes a series of measures in the short, medium and long term, which start with a call for energy savings.

The UN applauded the immediate measures that are being approved or discussed in many countries and suggested insulating buildings or installing more efficient systems to heat homes. He assured that heating accounted for 50% of final energy consumption globally in 2021, to cite the impact of these measures.

In transport, it proposes a reduction in speed limits, incentives for the use of public transport and shared vehicles, as well as limiting business trips and committing to renewable energies, better electrical interconnections and measures with a vision to promote a green economy and reduce energy waste.

The state of Kansas maintains the right to abortion