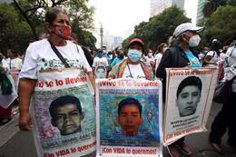 The UN Secretary General, António Guterres, has been “deeply saddened” by the death of former Soviet leader Mikhail Gorbachev, whom he remembered on Tuesday as “a statesman who changed the course of history.”

“He did more than any other individual to peacefully end the Cold War,” Guterres applauded, in a statement with which he wanted to convey his condolences to both the Gorbachev family and the citizens and the Russian government.

The UN chief lamented that “the world has lost an imposing global leader, committed to multilateralism and a tireless defender of peace.” In fact, Guterres wanted to recall part of the speech that Gorbachev gave when he received the Nobel Prize in 1990: “Peace is not unity in similarity, but unity in diversity.”

Tower of Fantasy: how to get the Voyager Thruster and the rest of the pieces