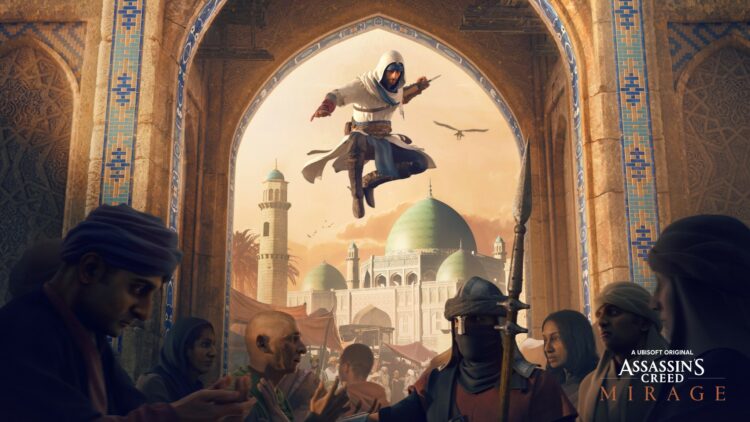 Ubisoft has announced via Twitter that the next Assassin’s Creed will be called Assassin’s Creed Mirage. The French company has confirmed the existence of the game, showing a first artworkthe same one that accompanies the news, and commented that on Saturday, September 10, it will offer more information about the title during the Ubisoft Forward event that will start at 9:00 p.m. (peninsular time).

After everything that’s happened, it’s hard to believe that Ubisoft pushed the Assassin’s Creed Mirage announcement as part of an elaborate marketing plan. Rumors about the existence of this delivery date back to last February and yesterday new information appeared that has proven to be true. As if that were not enough, this morning the Ubisoft store itself has leaked some artwork They have arrived on Twitter. Subsequently, the company has had them withdrawn with a claim of copyright that has proven its legitimacy. One of these materials illustrates the header of the news.

If the rumors that until now have told us about the existence of Assassin’s Creed Mirage continue to be correct, we can advance that we are facing a game focused on stealth and with a smaller scope compared to the most recent installments. This means Mirage won’t have a massive open world or RPG elements like dialogue options and a level system. The map of this Assassin’s Creed has been compared to a small region of Valhalla or Odyssey.

Regarding the story and location, it should surprise no one if Assassin’s Creed Mirage stars a young Basim Ibn Ishaq, a character we’ve already seen in Assassin’s Creed Valhalla, and is set in Baghdad during a period between 860 and 870. This time of crisis and instability in the Abbasid Caliphate is named after the Samarra anarchy. On the other hand, rumors differ on the number of cities. Some defend that only Baghdad will appear, while others comment that it will also be possible to travel to Constantinople.

To clear up doubts and be able to confirm all this information as well as the launch window, which will possibly be located in the spring of 2023, we will have to wait until September 10.