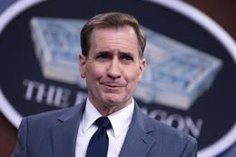 Two members of the Taliban security forces have died and at least four other people have been injured after clashes in a Kabul neighborhood with suspected fighters of the jihadist group Islamic State Khorasan Province (ISKP).

The Kabul Police spokesman, Khalid Zadran, explained on his official Twitter profile that, as a result of the operation, four policemen have been injured and two others, including a policewoman, have died in the Karte Saji district, in Kabul.

“It is worth noting that the security forces carried out this operation with great care so that no casualties were caused among the ordinary Afghan population. These vile enemies of the country and the people were attacking civilian targets in some areas of the country, including Kabul “, has added.

The authorities established by the Taliban have also reported that four members of the ISKP who wanted to attack the Shiite religious minority in the country have died and another has been captured during the confrontation, as reported by DPA.

Pro-Taliban activists have shared videos on social media in which the Taliban used explosives packed in a yellow plastic tub to destroy an old house where Islamic State militants were said to be hiding, according to the agency.

As reported by the ToloNews news portal, neighbors previously reported that the clashes began around noon and that both sides were using heavy and light weapons.

Shiite-majority neighborhoods in western Kabul have been the scene of several attacks in recent months. During the month of April, dozens of people were killed in a series of attacks on schools, mosques and buses in the capital, after which the Islamic State of Khorasan Province (ISKP) claimed responsibility for the attacks.

Fortnite: they discover that Groot is a "pay-to-win" if you do these tactics in games