From jail, 30 women sign an open letter rejecting the summary trials and hanging of peaceful protesters. Sara Ahmadi and Malihe Nazari are serving eight and six years in prison for belonging to houses of worship. Three other journalists have been arrested in recent days for reporting on the repression of the ayatollahs.

Tehran () – Two Christian converts from Islam are also among the 30 Iranian women who signed an open letter from prison to say “no” to summary trials and executions for crimes against the state of peaceful demonstrators protesting in the streets against the death of the young Kurdish woman Mahsa Amini, 22 years old. According to activists from Article 18, a site specializing in documenting the repression taking place in the Islamic Republic, the two women are Sara Ahmadi and Malihe Nazari, who are respectively serving eight and six years in prison for belonging to houses of prayer.

Both joined their fellow inmates in the women’s area of ​​the notorious Evin prison, and signed the statement that another of the signatories, Fariba Adelkhah, shared on social media yesterday. “We, political prisoners and prisoners for thought crimes – says the text – of the women’s section of Evin prison, demand an end to the executions of protesters and an end to the unfair punishments inflicted on prisoners in Iran”.

In the open letter the women declare that they come from different religions, cultures and backgrounds -Christians, Baha’is, Monarchists, Marxists, Ecologists, Mothers for Justice, etc.- but that at the same time they are united in the fight against executions for crimes against the state. “We ourselves -they continue- were sentenced to a total of 124 years in prison as a result of unfair and not very transparent trials, [pero queremos] defend with justice the right to life of people”.

Sara is the wife of Homayoun Zhaveh, a 64-year-old man with advanced Parkinson’s who is also serving a two-year sentence in Evin for participating in house church prayers. They are the “house-churches”, persecuted by the regime of the ayatollahs because it considers them dens of “enemy groups” that “threat” national security. To date there are at least 18 Christians in prison for belonging to these groups. As for Malihe, she is part of a group of people jailed for her relationship with Joseph Shahbazian, an Iranian-Armenian pastor who is currently serving a 10-year sentence in Evin.

Meanwhile, the arrests of women journalists who use their work to denounce the government’s repression of street protests continue. Three more have been detained in recent days, bringing to 79 the total number of reporters – men and women – who have been jailed since the Mahsa Amini protests began in mid-September last year. According to reports from the Tehran Journalists Association, the latest in chronological order are Mmes Melika Hashemi, Saideh Shafiei and Mehrnoush Zarei, but no other details beyond their names are given. The reformist newspaper Etemad adds that the three would have been transferred to Evin. 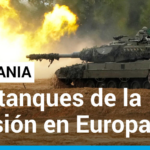