Elon Musk and Twitter’s soap opera premieres a new chapter. The company has just reached an agreement with the staff of the social network in Spain to execute a Record of employment regulation (ERE). This way, according to The Confidentialon February 8 the dismissal of 24 of the 29 people who worked in the country’s offices will materialize.

Twitter, which has undergone an aggressive cutback plan that includes the dismissal of more than half of its workers worldwide, has just lost 83% of its workforce in Spain and without the offices that were in Madrid. Thus, the only teams that will continue to work are part of the sales and business sectors, and there will only be five employees.

Former employees will finally cash in on stock options

The aforementioned newspaper indicates that the social network hired the Sagardoy law firm to execute the dismissals as quickly as possible. The reason behind the rush was that if the layoffs did not materialize before February 1a part of the ex-employees would have every right to collect the stock optionsthat is, the payment in shares made by the company.

As we say in the first paragraph, the full stop for this whole matter will come on February 8th. Consequently, those employees to whom it corresponded, will finally collect the stock options, something Musk wanted to avoid. Let us remember that the businessman has tried at all costs to reduce the company’s expenses, even risking not paying the rent for some offices.

According to data from The VergeMusk is believed to have bought the social network with a global workforce of about 7,500 employees. After the layoffs and the resignation after the businessman’s ultimatum in which he asked for “extremely hard” work days, there are different versions about the number of people who still work in the social network.

According to the American media CNBCAs of the end of last week, Twitter had a headcount of 1,300 employees, with an additional 1,400 employees not working but still being paid. Musk’s statements, however, go in the opposite direction. He assures that there are still some 2,300 active employees, with “hundreds of them working in confidence and security, along with several thousand contractors.”

In Xataka: Musk believes that there is too much advertising on Twitter. His solution: pay a more expensive subscription to avoid it 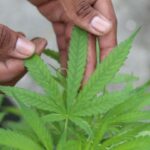