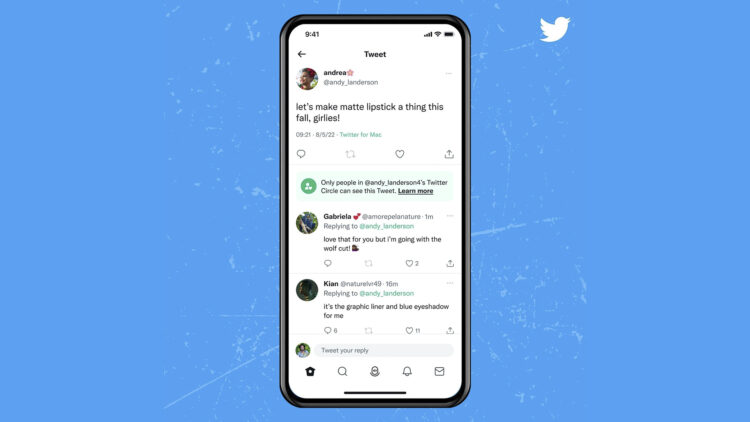 What’s new on Twitter and after a fairly long trial period is a feature that Instagram launched a long time ago and was dubbed “best friends” on the photo social network.

Social networks have been copying each other for quite some time, although it is usually Instagram that performs this action in a quite shameless way. Taking this into account, the truth is that it is strange when other social networks decide to be inspired by Instagram to integrate new features.

Today it has been known that Twitter has launched, once and for all, its version of the best friends of Instagram. If you know this, we will explain it to you in a short and simple way. When uploading stories to Instagram, these are public and all your followers can see them without any restrictions..

The best friends of Instagram is a feature that allows you to create a small group with which to upload stories and that only a handful of people access them, making it a more intimate and personal content. And, it is that, despite the fact that networks are made to share, sometimes, a certain shared intimacy is needed.

Twitter has been inspired by this feature to launch its own version, in English the name it receives is “Circles” which, the truth, has a translation that leaves much to be desired in Spanish being ‘Circulo’. What this feature does is that users can post tweets to a select group of people, which is usually quite small.

This group of people are chosen by each user, making the scope of their messages their full responsibility since it is a feature designed to share thoughts with only a small group of people with whom they trust. Making the rest of the followers unable to access these messages.

The feature has been released and is now available within Twitter, although it may not appear yet on your mobile device, both iOS and Android. In this case, what you should do is check if you have any pending updates and, if you do, visit the application store corresponding to the operating system to be able to update this.

Twitter allows a maximum number of people within these new circles, this figure being 150 and that is more than the number of people that Instagram allows with their best friends. The figure is quite high, but it is understood that it will be useful in profiles that have thousands or millions of followers in the social network of the little blue bird.