To school without a cell phone: they prohibit the use of phones during classes in Russia 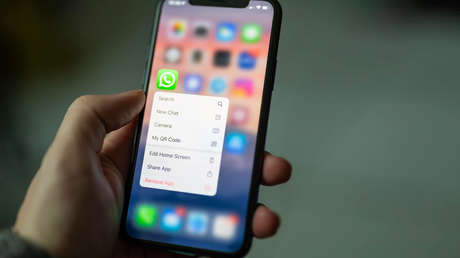 
The decision has been made “in accordance with the new health regulations” so that the educational process is more effective.

With the beginning of the new school year, a regulation will come into force in Russia that prohibits the use of mobile phones in the classroomRussian Education Minister Sergei Kravtsov announced Wednesday during an ‘All-Russian Parents’ Meeting’, informs TASS. At the same time, the new rules will not restrict the use of phones during breaks.

According to the minister, the decision was made “in accordance with the new health regulations” so that the educational process is more effective, that is, so that the devices “do not distract students from classes“.

Kravtsov reassured parents that they will be able to talk to their children during breaks. He also added that, in case of emergencies, “in schools there are responsible people” with whom parents can communicate.

Previously, the former Minister of Culture and the presidential adviser, Vladimir Medinski, proposed “put in pigeonholes“The mobile phones of the students, at the entrance to the school, wielding that the devices hinder the educational process.

In 2021, the Russian Federal Service for Supervision of Consumer Protection and Welfare adopted health rules for schools, prohibiting the use of personal mobile phones for education and advising to replace it with computers, tablets or interactive whiteboards.

Mexico will compensate relatives of miners above what is established