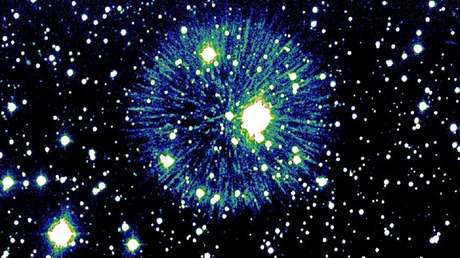 Thanks to these images, “more than 20 possible new supernova remnants have been discovered […] where only 7 were previously known”.

An international team of astronomers combined the capabilities of the ASKAP and Parkes radio telescopes, Australia’s largest, to create a sharp image of the birth and death places of stars in the Milky Way. According to hold the scientists, It is the most detailed radio image yet of our galaxy. and given its clarity it could answer the question “where are all the supernova remnants?”

“This new image shows a region of the Milky Way, only visible to radio telescopes, where we can see extended emission associated with hydrogen gas filling the space between dying stars, related to the birth of new stars and hot bubbles of gas called ‘supernova remnants’. More than 20 possible new supernova remnants have been discovered as a result of combining these images.where only seven were previously known,” said Professor Andrew Hopkins of Macquarie University in Australia.

Theoretical models predict that, due to the age and density of the Milky Way, we should see the remains of many stars. Nevertheless, scientists had been able to document only a tiny number of the supernova remnants that forecasts indicate. The relatively low sensitivity of telescopes to detect these remains is the fundamental obstacle.

The work to help discover these new potential supernova remnants was done by PhD student Brianna Ball of the University of Alberta. Her supervisor, Roland Kothes of the National Research Council of Canada, pieced together the image. “When Roland combined the map […] the result was wonderful: when we opened the image for the first time, we were surprised by so much quality and beautysaid Ettore Carretti, PEGASUS project leader at Italy’s National Institute for Astrophysics.

“PEGASUS has captured a large region of the galactic plane of our galaxy filled with supernova remnants, regions of ionizing hydrogen, and planetary nebulaewhich, thanks to the combination of data from the ASKAP and Parkes telescopes, can be studied with very high precision,” explained Carretti.

Where are the missing supernova remnants?

Astronomers believe that future observations of this quality will provide a much broader understanding of our galaxy. “The end results will be an unprecedented view of almost the entire Milky Way, some 100 times larger than this initial image, but achieving the same level of detail and sensitivity. It is estimated that there may be around 1,500 more supernova remnants in the galaxy that astronomers have yet to discover. Finding the missing remnants will help us better understand our galaxy and its history,” Hopkins said.

For his part, Carlos Badenes, an astronomer at the University of Pittsburgh who studies supernova remnants, commented to Nature last Friday that finding new remnants may give more information about “the types of stars that explode as supernovae.” “It’s really great that these guys are doing this.“, he stressed. 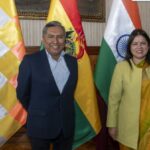