The launch of the series ‘The Last Of Us’ on HBO Max has motivated cybercriminals to offer the fraudulent version of the video game for pc, that actually does not exist for this platform and it will be launched in the next month of March.

The Last Of Us is a video game so far exclusive to PlayStation which presents a hostile post-pandemic United States and casts Ellie and Joel as protagonists, who must trust each other to survive in a devastated country.

The cinema has recently adapted this video game, which can already be seen in serial format on the streaming content platform HBO Max, which has generated great expectation due to the previous success of the title.

As a result of its release, on January 15, cybercriminals have taken advantage of its popularity to spread false free download links for the video game in its PC version, currently not available for this platform and whose launch is expected on March 3 of this year.

Specifically, cybercriminals have created web pages that offer to download The Last Of Us Part II on PC, offering a link that downloads a malicious file instead of the video game, as reported by Kaspersky in a press release.

This file is hidden in the computer and can remain there undetected for years, without cause no apparent harmbut doing its job quietly.

Along with this scam, researchers have discovered a style of ‘phishing’ offering to activate the code for ‘The Last Of Us’. By downloading this code file, users are encouraged to choose between the gifts they will receive along with the game.

Some of the rewards on offer include a PlayStation 5 (PS5) or $100 in gift card for the Roblox video game. Next, your credentials and bank details are requested to pay a small commission for the service.

By providing this information, the scammers will not only keep the money from that donation, but they will also use the victims’ data to commit other frauds.

From Kaspersky they believe that “many players, especially new ones, still do not know much about cybersecurity while they play“, which is why they are the main target of cybercriminals, according to cybersecurity expert Olga Svistunova.

In order to avoid this type of fraudulent activity, the cybersecurity company recommends avoiding links that promise exclusive previews of movies or television series, as well as check the authenticity of the sites before providing personal data.

It is also a good idea to use only trusted official pages to view or download content, as well as check url format and check that the name of the company is spelled correctly.

On the other hand, attention must be paid to the extensions of the files to be downloaded, avoiding at all times those with .exe or .msi extensions in case you think you are downloading a video.

Finally, it is recommended to use a trusted security solution, which can identify malicious files and block sites that encourage ‘phishing’. 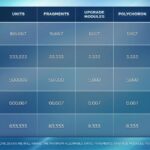