They find life in the most inhospitable place on Earth 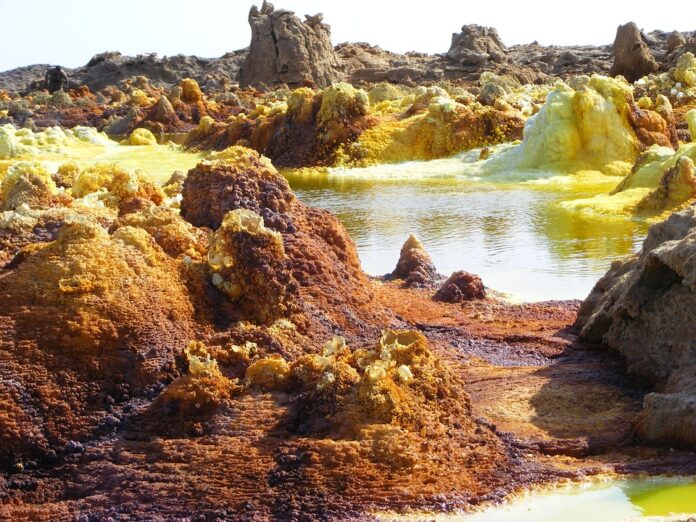 Life is one of the deepest mysteries that the human being faces. It is a strange physical-chemical process that allows living beings to nourish themselves, replicate and adapt to the environment. We still do not know how it came about or what its limits are; whether there could be (or was) life on planets like Mars or moons like Enceladus, or even on distant suns.

What we know is that,in that place on Earth where there is a trace of water, there is also life. Here microbes have been discovered inside salt crystals, in the ice of Antarctica or in water at one hundred degrees Celsius or bathed in liquids more acidic than sulfuric acid. How tenacious can living beings be?

An investigation led by scientists from the Center for Astrobiology (CAB, INTA-CSIC) has published an exceptional finding in the journal Scientific Reports: for the first time, it has been discovered presence of living beings in the most inhospitable environment on the planet.

Scientists, led by Felipe Gómez, have found evidence of unknown microorganisms inside small mineral spheres in a hydrothermal region located on the Dallol volcano, north of the Danakil depression, in Ethiopia.

Life in a hostile place

“The most important thing is that, for the first time, we have found life in a place as hostile as this, which is polyextreme»Gomez explained to ABC. “This environment has a pH of zero, more acid than concentrated sulfuric acid, the temperature of the water is close to 100 ºC, it is loaded with salts and is also full of metals”.

However, for a mysterious group of living beings, this place is an oasis. The peculiar Eden is found in the Afar depression, the region that is considered the cradle of humanity. That is where most of the fossils have been found, like Lucy’s, which explain the history of our species.

This area is also a paradise for geologists. About 40 million years ago, a huge plume of magma rose through the mantle and raised the terrain, creating a fracture or rift and a zone of crust formation. Today, three tectonic plates are pulling apart, widening the Red Sea and the Gulf of Aden, while fracturing eastern Africa.

In some areas, the magma is only five kilometers from the surface. There, subsurface water comes into contact with hot material, generating tremors and hydrothermal activity, with geothermal areas such as the Dallol volcano crater, north of the Danakil desert depression.

This is a terribly dry and hot place, with average maximum temperatures of 41ºC. In the hydrothermal zone, the water rises from the subsoil to about 100ºC and generates chimneys and cones, made of strange and colorful minerals, ranging from 20 to 100 centimeters in height. There are yellow deposits, rich in sulfates, red zones, rich in oxides of iron and waters stained green by copper salts.

“This is the most extreme place I have ever come across, it almost looks like an alien”said Felipe Gómez, who has previously worked in places such as Antarctica, Atacama or Río Tinto, in Huelva. “It’s like walking through a volcano: you crumble sulfur minerals, very fragile, and you sink. You can put your foot in the hydrothermal pools just below”.

Now, for the first time, entire communities of unknown microorganisms have been found to live inside small mineral spheres, above the chimneys from which the water flows.

According to Gómez, they are exceptional living beings: «They are nanobacteria, microbes 1,000 times smaller than normal bacteriawhich until now had only been discovered in hydrothermal vents, in the ocean».

Apparently, these beings “encofra” and are covered with minerals. Analyzes have revealed that they “eat” stones, that is, they are chemolithotrophs, and do not need organic matter or oxygen. Instead of that, breathe metals and minerals. In addition, they live wrapped in matrixes of molecules that allow them to live associated in consortia, and it has been found that they grow very slowly.

Researchers have sequenced and traced the genetic material of these organisms with fluorescent probes, and have also observed them using electron microscopy. This is how they found out that nanobacteria are similar to the group of nanohaloarchea, and have identified five different metabolisms.

«Normally, the maxim is that in an extreme environment there is little diversity and a low number of microorganisms»explained Felipe Gómez. “But it’s not like that here. There are a large number of them and a great biodiversity».

These scientists are already trying to find out more about these newly discovered microorganisms. But the key, according to Felipe Gómez, is to understand the limits of life.

It is essential to extrapolate what has been learned in this strange landscape to what MER Curiosity is investigating Gale Crater on Marswhere billions of years ago, there was also hydrothermal activity on the surface.

The analyzes of organic matter made by this robot, and the instruments that NASA’s Mars2020 rover will carry, will be able to try to analyze the traces of life on the red planet. In this way, it will be possible to understand the limits of life in the Solar System and beyond, while at the same time closing questions in our understanding of how life arose on Earth.