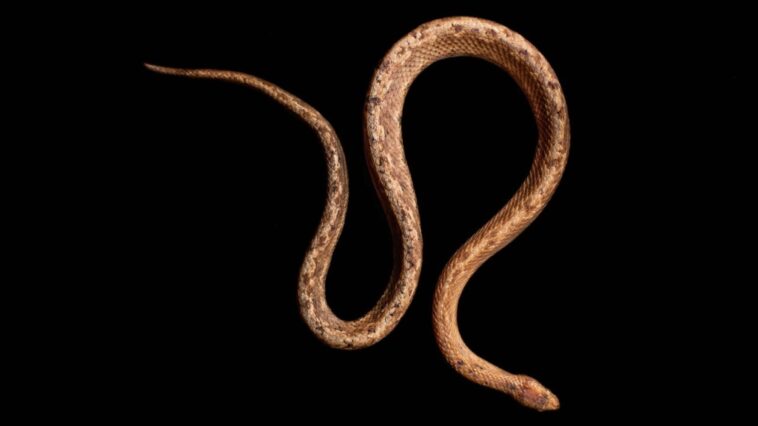 They discover a dwarf boa that bleeds from the eyes 0:56

() — Scientists have identified a new species of dwarf boa living in the Ecuadorian Amazon that could delight even snake-haters: these small reptiles measure just 30 centimeters.

Alex Bentley, research coordinator at the Sumak Kawsay In Situ field station in the eastern foothills of the Andes, came across a small coiled snake in an area of ​​cloud forest, a highland forest where clouds filter through the treetops.

He sent a photo of the snake to his colleagues, including Omar Entiauspe-Neto, a graduate student at the Federal University of Rio Grande do Sul and Brazil’s Butantan Institute.

“It surprised us right away, because it shouldn’t be there,” says Entiauspe-Neto, corresponding author of the paper describing the species in the journal European Journal of Taxonomy.

Like its peers, T. cacuangoae is distantly related to the boa constrictor. (Danilo Medina)

Other dwarf boas have been identified elsewhere in South America and the West Indies, but none had ever been found in the region where Bentley sighted this one. The closest one known from Ecuador lives west of the Andes and, according to Entiauspe-Neto, looks “radically different” from the specimen in Bentley’s photo.

Although the snake did not match any known species of dwarf boa, it had much in common with a specimen from the Ecuadorian Museum of Natural Sciences collected several years ago.

“Usually we are afraid to describe new species based on a single specimen, because there is the possibility that there is some kind of variation,” Entiauspe-Neto said. “Once we had those two specimens, we were pretty sure it was a new species.” 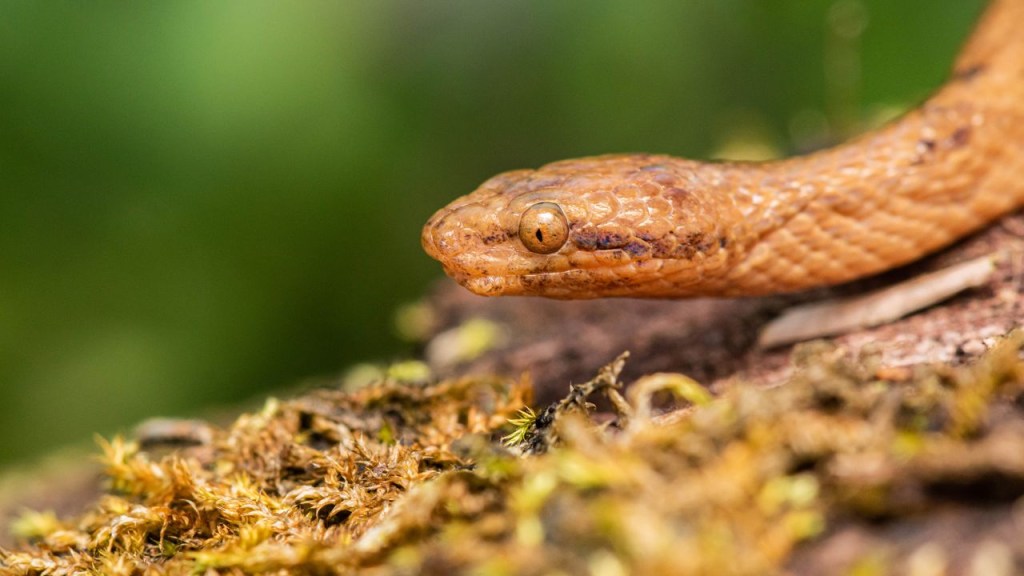 When threatened, this species of dwarf boa curls up and bleeds from its eyes. (Danilo Medina)

By comparing both the physical characteristics and genetic sequences of the mystery snakes with known species, the researchers determined they had found an animal new to science. They named it Tropidophis cacuangoae in honor of Dolores Cacuangoan indigenous activist who defended women’s rights and founded the first bilingual schools in Ecuador, with classes in Spanish and the indigenous Quechua language.

Like other dwarf boas, T. cacuangoae is distantly related to the larger boa constrictor, but they have key traits in common.

Both have stout bodies, and their skeletons bear vestigial hip bones, relics of the ancient ancestors of legged serpents. And instead of being armed with poison, they squeeze their prey to death, blocking blood flow and causing cardiac arrest.

While 10-foot boa constrictors go after animals as large as wild pigs, dwarf boas mainly feed on small lizards. And because they don’t have size in their favor, dwarf boas have developed a strange defense mechanism: when threatened, they ball up and bleed from their eyes.

This behavior, also seen in horned lizards, may seem more disgusting than threatening, but Entiauspe-Neto suspects it’s part of a larger set of death simulations across the animal kingdom.

“Most predators tend to feed on live prey. If a predator, such as an eagle, sees a dwarf boa curled up and bleeding from the eyes, “they most likely think the snake may be sick or dying, so will not feed on it” to avoid catching whatever made the snake appear sick.

However, dwarf boas face far greater threats than predators: the newly identified species may already be endangered due to habitat loss. “Its dispersal area is quite small,” explains Entiauspe-Neto. “So while it has yet to be formally evaluated by the IUCN (International Union for Conservation of Nature), I think it could be threatened with extinction.”

Thaís Guedes, a researcher at the State University of Campinas (Brazil) who was not involved in the study, praised the work. “I’m always happy when I see a new species of snake being introduced into the world,” Guedes said.

It is also important to honor the activist Cacuango with the name of the species, he said, since indigenous peoples play a key role in conservation.

Kate Golembiewski is a Chicago-based freelance science writer with a passion for zoology, thermodynamics, and death. She hosts the comedy show “A scientist walks into a bar.”