They discover the oldest known dinosaur in Africa 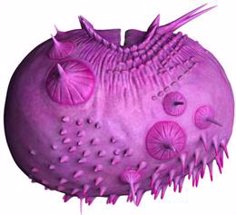 An international team of paleontologists led by Virginia Tech University (United States) has discovered and named a new primitive dinosaur, the oldest known in Africa so faras published in the magazine ‘Nature’.

The skeleton of this new sauropodomorph (a long-necked dinosaur) recently named ‘Mbiresaurus raathi’was first found mostly intact by a Virginia Tech Department of Geosciences graduate student and other paleontologists over the course of two excavations, in 2017 and 2019.

It is estimated that the animal measured 1.80 meters and had a long tail. He weighed between 3 and 30 kilos. The skeleton, missing only part of the hand and parts of the skull, was found in northern Zimbabwe.

“The discovery of Mbiresaurus raathi fills a critical geographic gap in the fossil record of the oldest dinosaurs and shows the power of hypothesis-based fieldwork to test predictions about the ancient past,” said Christopher Griffin, who graduated in 2020 with a Ph.D. in geosciences from the Virginia Tech College of Sciences.

“These are the oldest known definitive dinosaurs from Africa, roughly equivalent in age to the oldest dinosaurs found anywhere in the world. –Explain–. The oldest known dinosaurs (approximately 230 million years ago, the Carnian stage of the late Triassic period) are extremely rare and have only been recovered from a few locations worldwide, mainly northern Argentina, southern Brazil and India”.

Sterling Nesbitt, an associate professor of geosciences and also an author of the study, notes that “early dinosaurs like ‘Mbiresaurus raathi’ show that the early evolution of the dinosaurs continues to be written with each new find and that the rise of the dinosaurs was much more complicated than had been predicted.”

The international team that has participated in this discovery is made up of paleontologists from the National Museums and Monuments of Zimbabwe, the Natural History Museum of Zimbabwe and the University of São Paulo (Brazil).

A variety of fossils from the Carnian era were found alongside Mbiresaurus, including a herrerasaurid dinosaur, relatives of early mammals such as the cynodonts, armored relatives of crocodilians such as aetosaurs, and, in Griffin’s description, “strange and archaic reptiles.” known as rhyncosaurids, also typically found in South America and India from this same period.

According to their findings, Mbiresaurus stood on two legs and its head was relatively small, like that of its dinosaur relatives. It had small, jagged, triangle-shaped teeth, suggesting it was a herbivore or potentially omnivore.

“We never expected to find such a complete and well-preserved dinosaur skeleton. Griffin, now a postdoctoral researcher at Yale University, acknowledges. When I found the femur of Mbiresaurus, I immediately recognized that it belonged to a dinosaur and knew that I had in my hands the oldest dinosaur ever found in Africa. When I kept digging and found the left hip bone right next to the left thigh bone, I had to stop and take a deep breath: he knew much of the skeleton was probably there, still articulated in life position“.

In addition to the Mbiresaurus discovery, the group of researchers also has a new theory about the migration of dinosaurs, including when and where.

Africa, like all continents, was part of the supercontinent called Pangea. Pangea’s climate is thought to have been divided into strong wet and arid latitudinal belts, with more temperate belts at higher latitudes and intense deserts in the lower tropics of Pangea. Scientists previously believed that these climate belts influenced and limited the distribution of animals across Pangea, Griffin recalls.

“Since dinosaurs initially dispersed under this climate pattern, early dinosaur dispersal should have been controlled by latitude,” he continued. The oldest dinosaurs are known at roughly the same ancient latitudes along the southern temperate climate belt as it was at the time, roughly 50 degrees south.“.

Griffin and other members of the Paleobiology and Geobiology Research Group at Virginia Tech University purposefully focused on northern Zimbabwe, since the country lay along this same climate belt, geographically bridging the southern from Brazil and India during the Late Triassic.

They held a workshop «Smart cities and human rights»

Furthermore, these early dinosaurs were restricted by climatic bands to the south of Pangea, and only later in their history did they disperse throughout the world. To bolster this claim, the research team developed a novel data approach to test this hypothesis of climatic dispersal barriers based on ancient geography and the dinosaur family tree. The breakdown of these barriers, and a wave of northward dispersal, coincided with a period of intense global moisture, or the Carnian Pluvial Event.

After this, the barriers reappeared and the dinosaurs, now from all over the world, remained in their various provinces throughout Pangaea for the rest of the Triassic Period, according to the team. “This two-pronged approach combines hypothesis-driven predictive fieldwork with statistical methods to independently support the hypothesis that early dinosaurs were climate-restricted to only a few areas of the globe,” explains Griffin.

Brenen Wynd, also a Ph.D. in the Department of Geosciences, helped build the data model. “The early history of the dinosaurs was a critical cluster for these kinds of problems. Not only do we have a lot of physical data from fossils, but also geochemical data that previously gave a really good idea of ​​when the major deserts were present.“, he points out.

“This is such an exciting and important dinosaur find for Zimbabwe, and we have watched the scientific process with great pride,” said Moira Fitzpatrick, director of the Natural History Museum of Zimbabwe.

The discovery of Mbiresaurus also marks another highlight for the Paleobiology and Geobiology Research Group. In 2019, Nesbitt authored a paper detailing the recently named tyrannosauroid dinosaur Suskityrannus hazelae. Nesbitt discovered the fossil at age 16 as a high school student participating in a digging expedition in New Mexico in 1998.