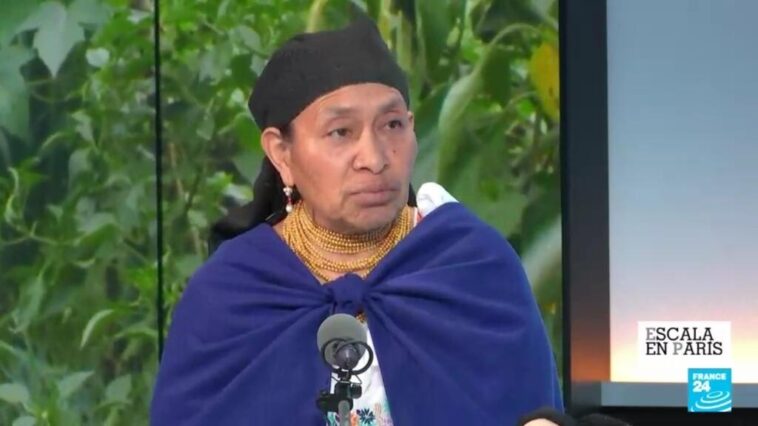 Luzmila Vásquez is part of Ayllu Kurikancha, an organization in Ibarra, Ecuador, which has just received the first Benoît Maria prize from the Association of Agronomists and Veterinarians Without Borders in Lyon, France. An award that rewards sustainable agricultural initiatives around the world. The award was created as a tribute to the French agricultural engineer Benoît Maria, assassinated in 2020 in Guatemala.

The Association of Agronomists and Veterinarians Without Borders (AVSF) has been working for several years with indigenous communities around the world. It is the first edition of the Benoît Maria award, in homage to this French agronomist who died in Guatemala, where he was just working with local farmers. He was murdered on August 10, 2020 by a group of people when he was going to work and to this day the circumstances of his death have not yet been clarified.

“We still do not know exactly what the deep reasons for this murder were and if perhaps it is linked to the action that our association develops in the country, supporting indigenous communities and peasants. There has been an ongoing investigation for almost two years. We hope that give us the answers that his family and all of us expect”, highlights Frédéric Apollin, director of this organization and who accompanies Luzmila Vásquez, winner of the award.

In this first edition, three organizations have been awarded, one in Madagascar, another in Togo and the one in Ecuador, which has won the first prize. It is Ayllu Kurikancha, in Ibarra, in the north of Ecuador, for a space for direct marketing between farmers and consumers called in Quechua Plaza del Oro or Plaza de la Vida.

“It is a space where we producers go with all our diversity, with the production we make in our orchards, on the farms, and we make our lives in this space. That is where we sell directly, we barter,” says Luzmila Vásquez, who he traveled especially to France to receive the award in the city of Lyon.

For Apollin, the Ayllu Kurikancha initiative sums up very well agriculture that respects the environment. “They are a group of pioneering families in agroecology and also in ethnoveterinary medicine. To make a living from agroecology, you have to market and sensitize the urban consumer to eat good products that are also healthy for health,” he affirms.

Luzmila Vásquez works a 700 m2 piece of land that she inherited from her family, where she grows vegetables, corn, fruit trees and also medicinal plants with which she treats animals such as chickens or ducks, a land that has always been cultivated without chemicals.

“We use these plants to prepare medicines to prevent and cure animal diseases,” says the farmer, who took training courses with the Association of Agronomists and Veterinarians Without Borders.

Although many people are familiar with eco-agriculture, they are less familiar with the concept of ethnoveterinary medicine, with which native plants are used to treat internal parasites, respiratory and digestive problems, and even fractures or wounds.

“With the training we receive, we are more aware of this situation, of the healthy work we have to produce, and with the ethnoveterinary we also generate fertilizer, chemical-free fertilizer, because with that we feed the land,” adds Vásquez.

“70% of our food worldwide comes from small organic farms”

The question is whether a return to the origins and the development of sustainable agriculture and ethnoveterinary medicine can represent an alternative to the classic agriculture of large estates and that uses chemicals to guarantee food for the world population.

“I know that there are many skeptics, but we think that it could be an alternative”, thinks the director of AVSF. “The question is not to replace one farmer with another, but to make them coexist. Ecological indigenous peasant agriculture does not have the political and financial support that it should have in all countries. If it had support from public policies, from the credit system, organic farming could already supply many more people. We must not forget that 70% of our food worldwide comes from small organic farms, such as Luzmila’s,” says Frédéric Apollin.

For his part, Vásquez confirms that in Ecuador there is not enough support. “There is no support from the State for small producers. There are no inputs to support agroecology. We have to provide the inputs to work in this way, because agroecology is a way of life that our grandparents made and we want to continue.” , claims the farmer, who highlights mining activity as one of the greatest threats.

“We have 30% of the land, from the producers, arable land, which is concessioned and in other areas are the oil companies,” concludes Luzmila Vásquez. 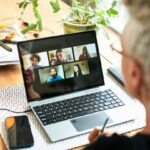