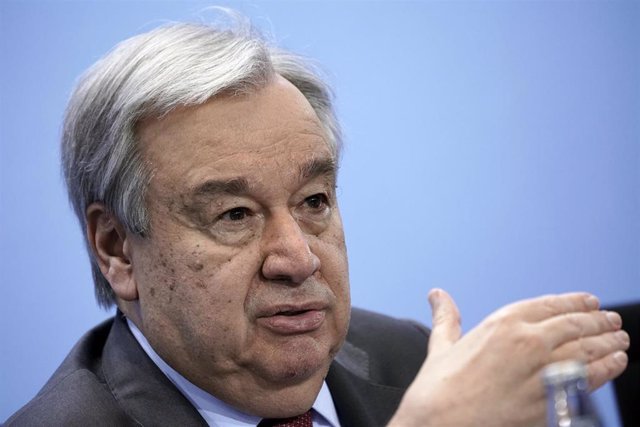 The Secretary General of the United Nations, António Guterres, will travel this Thursday to the Turkish city of Istanbul in an attempt to resolve the stagnation of grain exports from Ukrainian ports.

“What we are trying to do is have an agreement that allows food and fertilizer from Ukraine and Russia to reach global markets,” said the secretary-general’s spokesman, Farhan Haq.

Russia, Ukraine, Turkey and the United Nations held a meeting in Istanbul last week where, although food exports were resolved, it was agreed to promote a coordination group for this purpose.

“As you know, we have pointed out for many months how serious the food crisis is around the world. So we can solve this, we can potentially save hundreds of thousands, potentially millions, of people from food prices being out of their price range.” range,” Haq said.

However, it has not yet been confirmed who will be the representative of the rest of the countries involved in this new meeting to facilitate the transport of food from Ukrainian ports through the Black Sea.

Although much of the international community blames Russia for blocking food exports, Moscow defends itself against these accusations and points directly to kyiv.

Crypto project crashes after Minecraft cracks down on NFTs